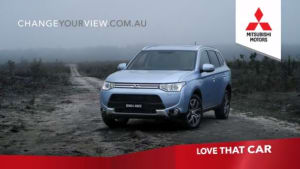 MEC has retained the media account of Mitsubishi motors in a closed pitch that involved Starcom and Carat, AdNews can reveal.

Now that the media has been selected, the Adelaide market anticipates Mitsubishi's creative will come under review, placing incumbent Jamshop on notice.

Mitsubishi invited the media agencies to pitch late last year, in a review that AdNews understands was being driven out of Japan but controlled in Adelaide.

Starcom and Carat considered the proposal but both pulled out early in the process, clearing the way for MEC to retain an account it has held for nearly 25 years.

As Mitsubishi is partly subsidised by the South Australian government, having a strong local presence was an important part of the criteria, which whittled down the list of potential agencies.

Carat set up a South Australian office last December and Starcom came close to winning the account when it last when to pitch in 2013.

Mitsubishi Motors Australia spent $51.5 million on media in the past 12 months, according to Nielsen figures. MEC also has the other major piece of media work in the state - the SA Government account, worth $30 million a year, which it retained in 2015.

MEC Adelaide managing director Royce Zygarlicki described the long-term partnership as "one of the strongest client-agency relationships in the country".

"We always value the opportunity to demonstrate to a client that we are the best partner to help them navigate an increasingly challenging media and marketing landscape,” he adds.

MEC Australia CEO James Hier says the Mitsubishi retention is a "vote of confidence" and "a great testament to the hard work of the Adelaide team".

The timing of Mitsubishi's current review process allows it to align its Australian suppliers with the financial year of its operations abroad.