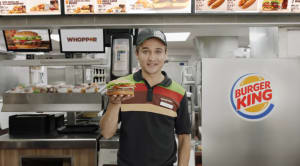 Google Home has been programmed to stop answering to the now infamous Burger King ad released yesterday. Although, AdNews can confirm the Google phone app will still react when the ad is played.

In a bold move, Burger King US released a 15-second ad yesterday which it said was barely enough time to explain the Whopper burger.

Instead, a Burger King employee asks Google to do the explaining for him using the voice prompt: “OK Google, what is the Whopper Burger?”, after which the ad abruptly ends.

Low and behold, Google Home devices across the US were being triggered by the ad and replying with information from the fast food brand's Wikipedia page.

The ad has received immediate backlash, with many calling it manipulative and an 'intrusion'.

Others are pointing out that Wikipedia can be edited by anyone, a fact that further complicates the ad's legitimacy and popularity.

Hours after the ad was released, Google reprogrammed its Google Home device to ignore the ad.

However, AdNews tested the ad on an Android device and found the ploy still worked, with the app immediately recognising the prompt and relaying information from Burger King's Wiki page.

This hi-jacking of the Google Home device is a first for big brands, and will surely not be the last.