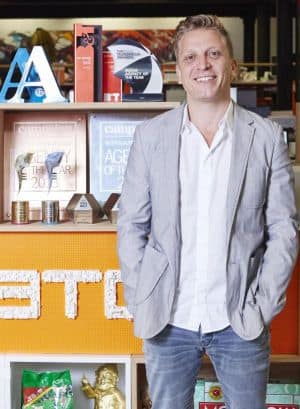 Match Media has been appointed to handle the total NRMA Motoring and Services business. It is thought the account is worth about $10 million.

NRMA is broken into two businesses – Motoring and Services and General Insurance - the latter is part of the overall IAG business and sits with Mindshare.

The NRMA Motoring and Services business loss to MediaCom follows IAG moving its $30 million media account from MediaCom to fellow GroupM agency Mindshare in March this year. The insurance group made the move after revelations about MediaCom over-reporting TV results and charging clients on so-called “value bank” inventory earlier this year.

NRMA Motoring and Services moving to Match is not related to the previous misreporting issue.

Match Media, headed up by John Preston, already had a strategy and digital relationship with NRMA Motoring and Services. However, with the changing media landscape and converging of all channels, Match said NRMA Motoring found a need to have just one media partner.

The company said the $10 million account win followed hot on the heels of the service and quality of its work on strategy and digital. Match Media will also be handed the offline buying. This was previously held by MediaCom.

It's also the second $10m win in recent months for Match, which expanded its relationship with HCF in August - being appointed to handle all media buying requirements for the HCF Group – Australia’s largest not-for-profit health fund in Australia. The account was previously held by MediaCom, and was won without a pitch.

General manager group marketing brand and acquisition at NRMA, Jana Kotatko, said: “We have had a great relationship with Match for four years, where it has added significant value to our business and we are now looking forward to seeing the benefits of their buying approach.

“It seemed a natural next step in our relationship, our business is moving fast and separating offline buying did not make sense for the company.”

Match Media COO James Simmons said the agency has a “unique approach to offline buying” and has been able to demonstrate the benefits of Match looking after all of their business, both from a buying efficiencies point of view but also having all the data that allows it to understand the “micro effectiveness of all channels and optimise accordingly”.

Despite the recent business losses at MediaCom, the agency has been readying for a more fruitful 2016 with key hires and a string of brand executions from its content arm.

Just last month it announced its new CEO - Sean Seamer, who joins from his role as CEO GroupM New Zealand.

In June it hired Publicis chief financial officer Stephen Meares as its new commercial director. In September it promoted Helen Black and James Sneddon as it looked to strengthen its leadership team after a self-confessed “turbulent” year.