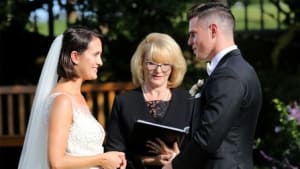 The finale episode of Married at First Sight drew more than a million metro viewers, dominating Tuesday night ratings with an audience of 1.08 million. This is slightly less than last year’s finale of the second series, which posted 1.1 million viewers.

The last episode saw three couples stay together on the show, however it has been revealed in multiple reports that none of these relationships have stayed intact after filming.

Nine’s successful DIY show The Block was the second most watched program of the night, with an audience of 948,000 viewers. Ten’s Australian Survivor fell behind Home and Away (751,000), attracting an audience of 690,000.

The Block and Married at First Sight were the top programs in all key demographics.

Zumbo’s Just Desserts continues to drop in the reality race, only reaching an audience of 646,000 at 7pm last night. This is down 19% compared with last Tuesday’s episode.