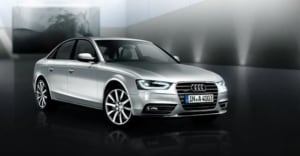 The agency was named creative agency of record for Audi in 2015, but the digital part of the business sat with Sydney digital shop Holler from 2012, until recently.

Audi again inked a deal with Holler in 2015, which was supposed to take the partnership through to 2018.

Audi thanked Holler for its contribution to the brand over the years, adding that the decision to shift agencies was driven by a need to streamline its processes internally.

Bryer, who AdNews understands will lead the Audi account, was one of the creatives behind the successful ‘Game of Balls’ campaign for testicular cancer awareness organisation The Blue Ball Foundation, during his time at M&C Saatchi from 2013-2016.

Last year, Bryer spent seven months as digital creative director at Havas before taking up freelancing work at both Octagon and R/GA.

At the beginning of this year media agency PHD built a 16-strong team to work on the Volkswagen Group, which also includes Audi.

Audi confirms it will not look to streamline its media with 303 MullenLowe, despite the agency recently joining forces with global media partner MullenLowe Mediahub to ramp up its media offering.

Audi Australia managing director Andrew Doyle departed the company at the end of March 2017 to take on a new role as the director of Audi UK.