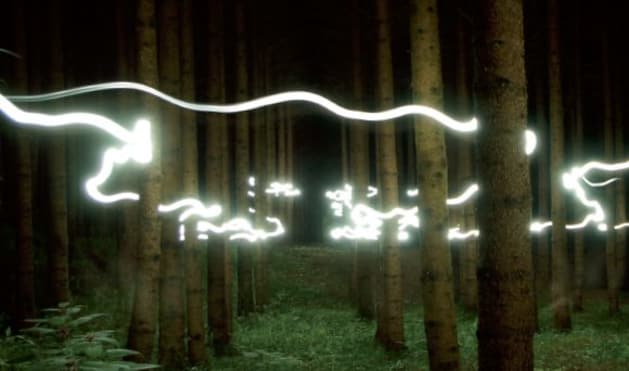 With the Outdoor Media Association (OMA) recently announcing plans to launch an Automated Transaction Platform (ATP) that will create a one-stop hub for the buying and selling of Out-of-Home (OOH) in Australia across all formats, in our AdNews in-print edition June 12, we took a look at what else is going on in this space...

The OMA's ATP was big news across the medium and while the single trading platform isn't expected to launch in 2016, the OMA has said future expectations for subsequent roll outs of the ATP will include programmatic trading.

As well as Westfield allegedly tinkering around in programmatic digital out of home (PDOH), back in May Video DSP TubeMogul announced a tie-up with digital out of home (DOOH) ad exchange Site Tour, to enable ads on thousands of digital screens across the country to be bought programmatically. IPG's trading desk, Cadreon Australia, spearheaded  the partnership and was the first client to test the offering.

Site Tour CEO Michael Scruby, said data on audiences is advancing at a rapid rate and it’s starting to accumulate for the OOH sector. He said inventory is switching from static to digital and that location is becoming a fundamental driver of advertiser demand.

“Programmatic trading is inevitable. While we may not have the perfect model yet, we are well on our way and our partners are helping us and them get a massive jump on the rest,” he said.

Cadreon's newly appointed MD, Jess White, said: “We are calling it the fifth screen and will look to plan OOH, like any other digital screen, in the near future,” she said.

She said while PDOH is still in an incubation phase, where all parties are developing, testing and building out the capabilities to fully materialise the opportunity programmatic can offer, much progression has been made in a short period of time with two new suppliers coming on-board locally and video capabilities being built in just the past six months.

“I would hedge a bet that as the technology we have discussed is fully realised, such as measuring reach and frequency in real-time, behavioural data and syncing to other channels such as mobile, programmatic trading will be the only way outdoor is traded in years to come,” White said.

She said already she has seen vendors adding cameras and audience detection devices to panels that can identify a number of people (reach) and then even gender and demographics.

Furthermore, some vendors are working on generating and collecting behavioural network data that will allow panels to be targeted by audience behaviour. For example, a person at a shopping mall can be tracked by the stores they visit, or even within stores to product ranges.

She said Wi-Fi can also detect hot zones to identify products a person is looking at and this data can be fed through programmatic technology so when these people pass a PDOH panel, they can be targeted by highly tactical relevant brands and messages based on this data.

“This pushes OOH into a right message, right time, right person and right place medium. There are not many other channels that can nail all four of those criteria,” she said.

Rob Atkinson, CEO of outdoor media company Adshel, which is s a joint venture between APN and Clear Channel International, said Australia is leading the charge in this space globally.

To be clear, he said programmatic is not going to fundamentally change the sales channel relationship of outdoor media operators with agencies, rather, it will complement it, allowing both sides to focus resources on value adding services rather than manual administration.

“Advertisers and agencies alike will no longer need to rely on digital and newspapers for next day turn around,” he said.

CEO at Australian-founded media-buying platform Brandscreen, Rob Manning, said next on the cards is weather targeting, as well as using real-time data from facial recognition - into the user interface to increase the targeting and reporting capabilities of the product.

“All digital advertising will go programmatic, so as more panels move to digital screens and more technology advances enable better targeting advertisers will want the ability to purchase the audience and space programmatically,” Manning said.

Making the tech live up to its potential

CEO of AdBidx Chris Muir, said tech should not only make the buying process more efficient, but should also bring simplicity and transparency, so in theory simplify the buying and selling process.

“However this is a challenge to make the tech live up to its potential. Another challenge is separating the tech hype from shifts in technology that make everyday ad buying/selling more effective,” Muir said.

Wayne Arthur, CEO at SkyFii, which captures, analyses and visualises customer behaviour data through an observation of physical and online patterns within public spaces, said without more effective targeting, the case for programmatic becomes meaningless and it will only serve to “cannabilise existing methods” of buying and selling digital out of home.

“I believe a move to an impression based buying/selling metric is going to take time to prove and in my opinion will be tough to implement until there is absolute faith in the audience measurement. Companies such as SkyFii are well placed to help define these audiences accurately.”