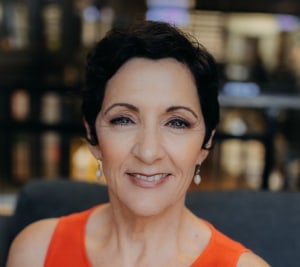 Ikon Communications ANZ CEO Lesley Edwards has labelled 2019 as the year of "formidable transformation" for the full-service agency, following a 12-month period of pitch defending, new business and leadership restructuring.

Edwards, who stepped into the role in February last year, concluding a year-long agency leadership restructure, said she had spent 2018 consolidating the business and "shoring things up" internally.

This included the appointment of a number of national leadership roles such as Louisa Mennell as national head of performance and Mel Roberts as agency director for Melbourne, as well as an agency-wide rebrand at the start of the year.

Speaking to AdNews, Edwards said there was a real need for the WPP-owned agency to have a united executive team, alongside an external branding that "defined Ikon's proposition".

"When I took on the role of CEO it was a time for real consolidating for Ikon as we'd been without a leader for a number of years and had been operating relatively successfully but really as three separate offices between Sydney, Melbourne and Brisbane," Edwards said.

"To give a sense of how we operated then, the only thing that we had in common between the three ofices was the name, but we were fundamentally kind of different businesses. Same culture, same values but we didn't really join it up in any way."

Edwards explained how this led her to link the agencies together through the national leadership team, creating a more collaborative dynamic across all three offices.

She said one of the highlights proving the success of the new method came late last year when the agency secured the media account for The Star Entertainment Group, a pitch that was run out of both its Sydney and Brisbane offices.

The agency also won the full-service account for Avis Budget Group, the media account for Amart Furniture, consolidated the entire NIB portfolio, all while defending "every pitch it went into".

"I would say last year was a formative year for us, really establishing our positioning and forming the national team but also having a successful year in terms of new business and retaining key accounts, proving our commercial value," Edwards said.

"Now that we've proved that, 2019 is about transformation for us. It's about continuing to recognise what we need to do and do differently and do better to keep ahead of the market."

As one of the main full-service agencies within WPP, Edwards believes the industry needs to stop trying to put a label on "the perfect client structure", adding that it should be about building out a solution on a brand's needs.

"It's not about a trend or people touting 'what most clients want'. It's actually about continuing to recognise the flexibility and developing a solution at an individual client level and there are no two solutions that will be the same," she said.