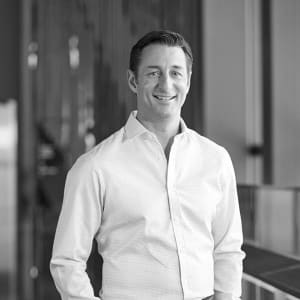 The IAB's standards on viewability do not go far enough to ensure advertiser dollars are spent effectively and that ads are seen by real, relevant people, in the right context, according to NAB CMO Andrew Knott.

Knott, who is the keynote speaker at the AdNews Live! Tackling Transparency event on 27 June, says the IAB’s standards are what he considers “minimal”.

Viewability is one of three major areas of focus for the NAB CMO, who is pushing for a higher standard of viewability across the digital ecosystem and NAB's media spend.

IAB Australia has adopted the standard set by the US-based Media Ratings Council, which stipulates 50% of a display ad must be in view for one second and for video ads, 50% must be in view for two seconds. It published a whitepaper in December 2016 outlining its position.

Knott believes tougher standards are necessary and is working with NAB’s media agency Mindshare and its parent company GroupM on “what is feasible”.

Globally, GroupM introduced its own definition of viewability last year that goes beyond the IAB’s.

Knott says: “I want to make sure the money I invest in our advertising is seen by real humans, who are part of our target audience, and served in an appropriate context. [GroupM] has a tougher standard and as a marketer that's investing enterprise money into advertising, I want to move to a standard that I feel is more appropriate,” he tells AdNews.

“I lean to a tougher standard than the IAB, but we need to evolve the definition. I’m working with GroupM on what is feasible and how we get to it.”

Knott believes strengthening the viewability standard is an important stepping-stone towards improving transparency in the broader buying ecosystem.

He adds: “A minimum viable standard is as great place to start but we need to get to minimal acceptable standard from an advertiser standpoint. I’m beholden to a senior leadership team and I've got to report to the board and I've got to be confident [money is being invested well].

“A minimum standard isn't the end point, it’s a stepping stone,” he says.

GroupM’s standards, which were introduced in 2016, pledge what it claims are 100% viewable ads.

It says clients do not pay if display ads are not 100% in view and that video ad players must be 100% in view and more than half the ad viewed with sound on for it to be viewable. It also excludes autoplay ads.

GroupM controls around a third of global media spend, which means the group’s influence is widely felt. At launch, nine Australian publishers signed on, including Fairfax, News Digital, Yahoo, Guardian and Mamamia, although many in market debate what it can deliver.

The AANA also released a whitepaper last year which stated it believed by January 2018, advertisers should only pay for viewable ads. At the time, in October 2016, the AANA claimed viewability was the second greatest concern for its members, after transparency. It also stated that until 100% viewability was delivered, unless 70% of ads within a campaign were viewable advertisers should claim compensation.

Knott also believes that the industry bodies need to stop fighting among themselves over transparency issues such as viewability, and work together on a more consistent approach more to drive action and progress.

Knott will reveal a major push for transparency at the AdNews Live! Tackling Transparency half-day event on 27 June.

Get your tickets here.