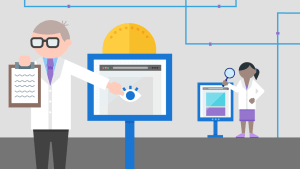 IAB Australia will later this week unveil a white paper detailing its position on viewability as an online measurement tool.
The peak body has also issued its  first tranche of viewability benchmarking data, prepared by PwC and supported by Comscore, Integral Ad Science  and Moat. IAB Australia has confirmed that the benchmarking data will be published every six months.
IAB has hinted at some of the details which will be contained in the white paper, built seven key pillars: firstly, that it has developed a working standard for all viewability measurement; that it is committed to driving viewability forward as an industry-wide tool; that non-viewable and non-measurable advertisements do not equal fraud; that independent measurement is an absolute necessity to measure viewability; that the IAB will work with the vendors to publish viewability benchmarks every six months and finally, that it encourages publishers, agencies and clients to work together to drive continuous improvement.
The benchmark data shows that viewability rates for direct buys in Australia are significantly higher than inventory through programmatic means, though premium inventory bought programmatically is likely to have high rates than non-premium inventory.
The data also shows considerable difference in viewability rates for different desktop creative format sizes ranging between 45% and 76%. 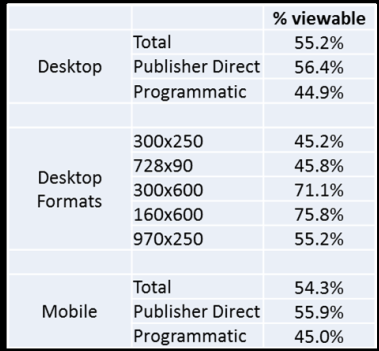 Gai Le Roy, director of Research at IAB, says,:  “For anyone with a good understanding of the digital market the benchmark data will be no surprise as it’s in line with numbers that have been previously published by individual vendors.  However the collaboration of the three vendors to provide robust market level data will support ongoing independent and transparent discussions in market.”
Accordingly to Le Roy, the variance in viewability is influenced by site design, the ad position on a page and, also, if the creative ad unit uses the industry recommended 'LEAN' digital advertising principles: light, encypted, ad choice supported and non-invasive.
According to IAB CEO Vijay Solanki, the peak body is the first in the world to pull together viewability data from competitive ad tech companies to deliver an independent and transparent measure of average viewability.
“It’s great to have a world first benchmark with collaboration in the taskforce across publishers, ad tech and agencies," he says. "Viewability is complex and we’ve tried to simplify where we can. Whilst viewability is important, there are other variables to consider."