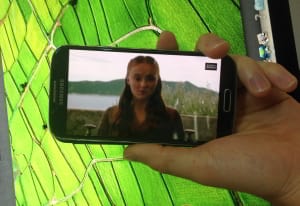 GroupM is going above and beyond the pledged industry standard on viewability and from now on will guarantee display and video ads will be 100% in view on key placements, or the advertiser will not pay. It has so far secured nine major publishers.

The local move follows the precedent set by GroupM in the US.

“Confidence in digital advertising has been knocked over the last year due to issues such as brand safety, ad fraud and viewability," GroupM chief digital officer John Miskelly says.

GroupM’s goal is to ensure the absolute best digital advertising for our agencies' clients. We took this position above the industry standard both to achieve that goal and to help restore faith in the medium."

GroupM has analysed 2.5 billion lines of viewability data per month for the last 18 months and has been working with key publishers to set out the new standard.

The company will partner with verification firm Moat to track viewability, as well as brand safety and ad fraud.

"We are deploying their technology at scale in quarter one and directly integrating their solution with our internal systems at GroupM," GroupM director of technical operations Timothy Whitfield says.

"This deep insight into the data will give our clients yet another unfair advantage to further boost the performance of all their campaigns."

It revealed how its investment and intelligence division, Magna Global, was spearheading the initiative called 'Project Quality'. The project had been 18 months in development and is designed to instigate action in all sectors of digital media placement, including exchanges and publishers.