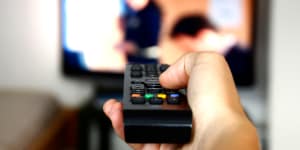 Kimberly said in an interview with AdNews last week traditional TV content and its advertising is "increasingly" not the way to target millennials as they turn to documentaries, podcasts and SVOD services for their information.

Despite a study from Ipsos supporting Kimberley's statements about commercial TV, finding the barrage of reality shows is turning viewers off the medium, Howcroft says the claims are ridiculous.

“To say that millennials don’t watch TV is a ridiculous claim and demonstrates a lack of understanding of the media landscape and viewing habits,” Howcroft says.

She believes TV shouldn't account for the total advertising spend of a brand until more specialist channels are launched.

While there is general rhetoric around the decline of television with younger audiences, thanks to changing behaviours, Howcroft is not the only one to dismiss the claims that young people do not watch television.

There are numbers that back up his position: According to an Australia Multi-Screen report released earlier this month, TV reaches 70% of 18-24 year olds and 74% of 24-35 year olds, which combined is a total of 2.7 million Australians daily. 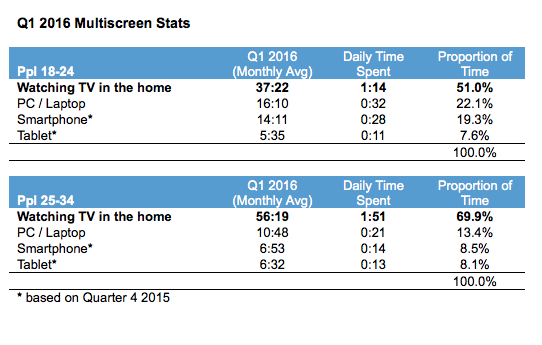 The top program examples from people between 18-34 was the first match of State or Origin, which pulled 1.9 million viewers and The Kitchen Rules finale with 1.2 million viewers.

While Kimberley was critical of some formats of programming and advertising on traditional TV, she, and Vice, are not anti-television - they just want to disrupt it. In an interview with The Hollywood Reporter in February this year Shane Smith, founder of Vice, said: "12 months from now we’ll be on the cover of Time magazine as the guys who brought millennials back to TV."

Last month Vice launched its TV station Viceland in Australia in partnership with SBS. However, speaking to AdNews about television more broadly ahead of the launch announcement, Kimberely said it was unlikely that the typical advertising format seen on traditional networks would be featured on Viceland - rather branded content that aims to fit seamlessly into content. The exact nature of the commercial partnership with SBS is yet to be revealed.

One of Vice’s most popular documentaries, ‘World’s Scariest Drug’, has received 18.8 million views since it went live in 2012 on YouTube. A video posted in May, which followed the life of Donald Trump impersonator, has already racked up 2.8 million views.

Howcroft says: “Let's look at the facts. Young people love watching television. Television is the dominant screen for both 18 to 24 and 25 to 34-year-olds. The former spend 37 hours and 22 minutes a month watching broadcast TV – more than any other screen.

"It's important to note Vice has partnered with a television network [SBS] to launch its channel, and promotes Viceland as a TV channel. Without television, Vice would just be another niche product with no significant reach to a large, quality audience. That's why television is the main game,” he says.

Is traditional TV the way to target millennials? Have your say below or email lindsaybennett@yaffa.com.au