Vice teams up with SBS to launch new channel 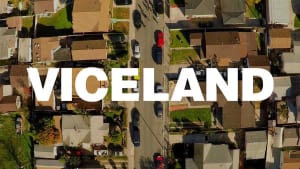 SBS is partnering with independent media company Vice to launch its linear TV channel Viceland, in Australia. SBS will own and operate the channel on the SBS 2 channel spectrum later this year.

Viceland is the second branded channel partnership for SBS after it launched the Food Network earlier this year.

Viceland, which launched in the US earlier this year, runs content that targets younger demographics. Its shows include the Ellen Page travel series Gaycation, Huang’s World, Noisey, F*ck, That’s Delicious, Weediquette, and Balls Deep, among others. It is expected these will feature on the Australian channel.

Australian programming will focus on original lifestyle and culture content.

SBS 2, which also targets a younger audience, has struggled for any real impact attracting only 0.8% audience share this year and last. It is hoped that an edgy brand which already resonates with young people will be able to woo millenials back to TV.

“Exploring diversity through culture is at the heart of SBS’s purpose and we are excited to be partnering with Vice to bring some of the best available content from across the world, never before seen in Australia, in documentary, journalism and inspiring entertainment, free to all Australians on SBS channels and platforms," SBS managing director and CEO Michael Ebeid says.

Vice Australia MD Michael Slonim adds: “This is a unique partnership that will help catapult Vice further into the consciousness of young Australians. SBS shares our storytelling sensibilities and curiosity about the world, and we’re delighted to be partnering up to bring Viceland to this market in the biggest way possible.”

She said the focus will be on fewer ads per hour and could be similair to the campaign Vice produced for Holden last year. The US experience shows that ads tie into progmramming and marketers can buy entire commercial pods to air longer brand stories. The channel is also said to price its US advertising inventory at a premium.

The launch of Viceland in Australia is part of Vice's global expansion, with the company expanding its brand to an additional 50 countries within the Middle East, Africa, India and South East Asia. Vice CEO Shane Smith made the announcement during a presentation at Cannes Lions.