How TBWA Sydney got its mojo back 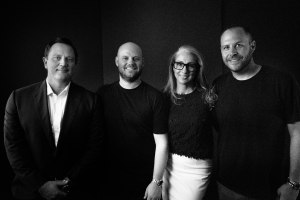 Ad agency TBWA is in the midst of a creative resurgence and has “got its mojo back”, said local CEO Paul Bradbury.

For TBWA Australia, 2018 was defined by big wins and big losses. It started the year losing as significant slice of its revenue in Foxtel and David Jones, but entered into 2019 with four new clients under its belt; Amazon, Woolmark, Sheridan and Pepsi Max.

On an international scale, under the direction of global CEO and Aussie expat Troy Rahunan, Bradbury said TBWA has been going from strength to strength. Locally, he credits the agency’s new leadership team, including chief strategy officer Matt Springate, chief creative officer Andy DiLallo and managing director Nitsa Lotus, for the creative resurgence.

“2018 was our first full year together as a leadership team and we started by losing 20% of our revenue, but we replaced that and more importantly, delivered big platform ideas for four of our major clients,” Bradbury said.

Looking at its creative output on clients such as Amazon, Woolmark, Sheridan and Pepsi Max, the agency shifted from a campaign approach to create bigger brand platforms.

The first major win for the new leadership team came after the global pitch for Woolmark. TBWA later produced a long-form content piece for the brand set in a post-apocalyptic world where Blade Runner and Dr Seuss collide.

For Amazon, it rolled out the ‘Easy A’ tagline to launch the retail giant in Australia; an idea that challenged cynicism around Amazon and exceeded targets for this market.

Following the win of Pepsi Max from Clemenger Sydney, which saw TBWA expand its remit on the Pepsi Co portfolio, the agency was tasked with reclaiming the brand’s swagger and did so by bringing in characters like Pinocchio to communicate its no sugar stance.

Finally, there was the outdoor and influencer led idea for Sheridan that saw the homeware brand explore its first brand campaign. In its first week, Sheridan’s sales soared 191% and over six weeks the company averaged a 30% uplift. See all the work below.

"These enduring platforms showcase the power of a bold idea, which is something that has been lost in the industry in recent years", Springate said.

“You'll read news articles about TV is dead, programmatic is the next big thing, AI is going to be huge, Twitter is dead. It's building this kind of anxiety within the industry at the moment,” he said.

“That anxiety has created this division between brand building and long-term ideas, which often relate to culture, which can be seen as traditional advertising or comms. On the other side, there’s performance marketing that is seen as innovative, but is all about efficiency and short-term uplifts.

DiLallo, who joined TBWA from M&C Saatchi in 2017, said it’s this type of specialism that has diluted brands in the marketplace and clients have caught onto the crisis, now cutting their bloated agency rosters.

“It feels like more and more creativity is becoming a specialist thing now because there are so many agencies that can serve you a message at the right time and whatnot, but really, the thing that distinguishes an agency and makes it special is creativity,” he said.

“It feels like in the last year or so, we haven't seen a lot of great work coming out of Australia. There's been a lot of smart media thinking, but not necessarily delivered with impact of a great powerful idea.

“There’s no algorithm for creativity.”

Few will thrive while others won't survive

“There are only four or five agencies in Australia right now that can deliver the X-factor,” Bradbury said.

“This agency environment or this industry is contracting. There is no doubt about it but for the good ones, there is big upside and there's big growth. We're going to continue to see mergers and we'll see a lot of average agencies close next year that just can't hold any longer.

“There will be four or five agencies that will really thrive because they put creativity first and they've always invested in world-class strategic thinking.”

As for ambitions for 2019, Lotus said the agency will continue to pitch for more business; a process which she loves as it brings the agency together.

TBWA will also continue to diversify its services, investing in more media capabilities to layer on top of its PR and production arms. It’s also tipped to open an additional internal offering later this year.

“We want to be the number one agency in effectiveness this year and I think we've got the cases to do that and we plan to be right up there with regard to creativity in those rankings and at Cannes,” Bradbury said, confidently.

“We’ve got the body work to do quite well, as well as having the clients doing well. You've got to be performing in that space to differentiate yourself from the pack."