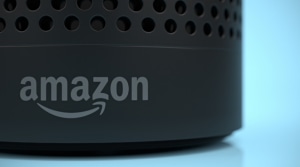 It's a huge win for TBWA which had to resign its place on the Foxtel roster to pick up the account due to conflict.

It's thought the agency was also unable to repitch on the David Jones creative account, which is still in review, as it is considered a competitor to Amazon.

AdNews revealed last year that Ogilvy won the Amazon account, with the agency being responsible for the recent outdoor ad campaign.

AdNews understands Ogilvy remains on the roster, but it is unclear what part of the account it will work on, with TBWA now responsible for the main brand work, which is set to drop in coming months.

Amazon has a global relationship with TBWA, working with Lucky Generals in the UK, which was partially bought by TBWA in 2017. Lucky Generals created Amazon's Super Bowl spot featuring Rebel Wilson and its smiling boxed Christmas campaign.

In other regions, such as China, India and Japan, Amazon uses an in-house creative agency to produce some content.

In November last year, IPG won Amazon's $1bn media account, with the network setting up a separate entity to service the account.