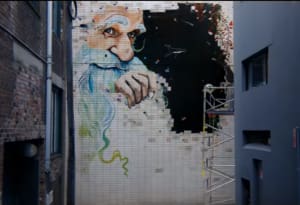 Telstra has rolled out a new brand campaign and gave customers a sneak preview of the ads, which launched this Sunday (17 July). It evokes the “magic of technology” and introduces a new tagline 'thrive on'.

The new campaign arrives just as the telco is being taken to court by the Australian Olympic Committee (AOC) over allegations its Olympic-related adverts are misleading and imply the telco is a team sponsor.

In an email to customers regarding this new push, Telstra said: "There is nothing more important to us than our customers, so before we share the next chapter of our brand story with the world on Sunday night, we wanted to share it with you."

The ad, by creative shop The Monkeys, opens with a quote from sci-fi writer Arthur C. Clarke: "Any sufficiently advanced technology is indistinguishable from magic."

The narrated ad, which was sent to Telstra customers on Friday (15 July) ahead of the broadcast launch, talks about the magic connections technology brings and the possibilities the network offers.

It shows a number of scenarios where technology is bringing people together, including people using virtual reality headsets, drones, va grandfather video-calling his granddaughter to read her a bedtime story, a choreographer working with a dance troupe and a medical team using mobile devices to locate someone injured in the bush.

The email sent to customers, said: “The magic of technology allows us to do wondrous things. It can put us in two places at once. Help save a life. Breathe life into machines. Fuelled by imagination, the magic of technology creates infinite possibilities, helping every one of us to truly thrive.”

Check out one of the the spots here:

The ads launched on Sunday night (17 July) across TV and other channels.

In Janaury last year AdNews reported how Telstra had re-signed its creative agency roster on a retained basis. The roster currently includes DDB, The Monkeys, Clemenger BBDO Sydney, R/GA and Lavender, along with several specialist agencies. All were understood to have re-signed deals.