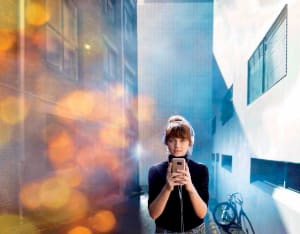 This first appeared in AdNews in-print. You'll want to subscribe to our new monthly magazine before it comes out in September.

Telstra unveiled a major brand shake–up tlast week o mark its move from “telco to techco” but with ongoing service outages across its network, there are questions whether it can repair its reputation damage with brand ads.

The work, launched this week by Sydney creative agency, The Monkeys, uses the tagline “Thrive On” and aims to highlight the benefits the telco's investment in technology has for consumers, business and society at large.

Telstra announced in June it was committing an extra $250 million in order to strengthen its network, but the creative work is not a direct response by the brand to address network concerns following a number of high profile outages earlier this year.

The Monkeys CEO Mark Green noted the work started over nine months ago, however, Telstra group executive of media and marketing, Joe Pollard, told SBS she hopes it will go some way to helping to improve the company's reputation, calling it an opportunity to communicate what Telstra means as a brand.

Green said the campaign will communicate to customers the innovations Telstra is making behind the scenes that consumers might not necessarily know about.

“We always want to see big national brands acting with confidence and I think this is a big
statement,” he said.

“As a market leader it's the attitude and the way to go to market; not really looking at the competitors but at its own future and where the business is heading.

“It's how big international brands act and sometimes we're a little bit quiet in Australia. But I think this is a big, provocative campaign.”

That hasn't stopped critics questioning the relevance of the communications, given the furore. One commenter on the AdNews website said instead of “empowerment” Telstra customers “want you to answer the bloody phone when the network constantly goes down or when you overcharge us and we need to speak to a real person because we can't solve it online because the network is down.”

Simon Bell, executive strategy director at branding experts Landor, said for this campaign, reputation damage control is not the end–game.

“Telstra had a problem, they put their hands up and said 'we're fixing it', so I don't think that's what this is,” he said. “Here, they're firing a few leading rockets about the future, about what they're doing and about why the hell anyone should be interested in them as a company going forward – particularly millennials. It's a signpost about the vision of tomorrow.”

It's also not the first company to overhaul brand advertising following a public relations issue.

There are some pretty big differences between Telstra and Ashley Madison’s new brand positionings. Beyond the subject matter, one involved a PR disaster, the fallout of which is still wreaking havoc on the lives of those it impacted, while the other was a few service outages, made more noticeable given the usual quality of the Telstra service. But, what both have in common is the breaking of a promise to the consumer, and that is what both companies are dealing with. And they need to be commended for taking a risk.

For Ashley Madison, the about-turn towards more inclusive messaging and a greater focus on appealing to women is a huge deviation from its previous “dude-bro”, high-five in the locker room approach to advertising.

In Telstra’s case, as Green mentioned above, doing something this bold deserves applause in this market, where ad agencies so often call out the need for more bravery from marketers. But will they work? There is no doubt the Telstra work is beautifully made, bold and very on-message, but it’s also hard to deny the consumer response.

For every comment applauding the work, there has been one asking how Telstra will be honouring the promises made in the commercial and calling for service to be improved - not ads. The public wound might still be a little fresh, but the work gives some insight into how Telstra will be pushing the envelope going forward.

Many of the experts AdNews has spoken to about Ashley Madison have found the change from the previous lot of advertising to the new position a jump too far and the incongruity makes it seem insincere. But with the company in transformation mode, it’s very early days. It’s a case of “wait and see” if it focuses on making its service a ladder to its ambition.

Bell said with any brand overhaul companies are trying to balance staying true to what made the brand famous in the first place with a vision for the future, but the key to the message working is making sure things inside the company have really changed.

“You can never really run from your past,” he said. “If you're going to go out and rebrand, you have to make sure you can go out and support that promise.”