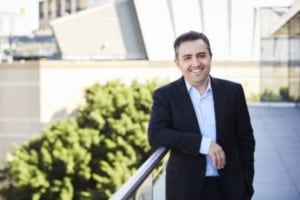 Long-serving Google exec Jason Pellegrino is set to leave the multinational for a MD and CEO spot at real estate business Domain.

Pellegrino has been MD Australia and New Zealand at Google since May 2016 and a member of the Asia-Pacific regional leadership team. He has been at Google for a decade.

The top spot became vacant after Domain CEO Antony Catalano's shock exit in January. Entrepreneur Catalano, who is a major shareholder in the business, had led Domain since 2013, when he joined the then-Fairfax owned company. He had been with the real-estate biomass for 26 years and is known for helping morph the firm into a media and services powerhouse.

A month after his exit, Fairfax confirmed complaints had been made against Catalano.

The Domain board says it ran a comprehensive global search for the role “attracting a strong field of international and local candidates”.

On behalf of the Domain board, chairman Nick Falloon says: “We are delighted to have Jason join Domain as CEO.

“Jason’s career as a digital executive with deep experience in sales, strategy, operations and product and technology speaks for itself. His leadership acumen and track record for inspiring and driving performance at Google will greatly assist him to take Domain, and its many talented people, into an exciting next stage of growth.”

Pellegrino will begin his new role on 27 August.

Prior to joining Google he worked in several roles over 15 years spanning corporate strategy, mergers and acquisitions and finance at Dakota Capital Partners, LEK Consulting, PepsiCo International and KPMG.

Pellegrino says: “I am delighted to be joining the incredibly talented team at Domain and I can’t wait to be part of the exciting growth journey ahead.

“I have spent close to a decade with Google and consider myself enormously lucky to have worked with fantastic colleagues, partners and customers, dealing with the rapid shift in technology, from desktop, to smartphone and now the AI powered world ahead.”

Pellegrino, who has spoke at the AdNews Media+ Marketing Summit last year, says he has always prided himself on supporting the growth of “incredibly strong teams and establishing transparent and trusting relationships with partners and customers”- something he aims to continuing at Domain. Get tickets to this year's summit here.

President of Asia Pacific at Google, Karim Temsamani, says: “I want to thank Jason for his tremendous contribution to Google over the past decade. Jason has not only been a great leader for our operations in Australia and New Zealand, he has also been a strong champion of the digital agenda and opportunity for the region.

“I have learned a lot from him and I am sad to lose him from our leadership team. I and the wider Google team will indeed miss him, both as a great colleague and leader.”

Pellegrino is also a hit with Google employees with one telling AdNews: “We are all so sad. Can't believe it as he has been amazing – everyone loves him.”