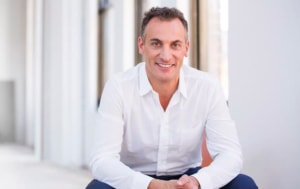 Just three months after the real estate business listed on the ASX, CEO Antony Catalano has exited.  Domain's shares have dropped 11% since the news.

Entrepreneur Catalano, who is a major shareholder in the business, has led Domain since 2013, when he joined the then-Fairfax owned company. He has been with the real-estate biomass for 26 years and is known for helping morph the firm into a media and services powerhouse.

Domain listed as a separate entity in November last year.

In a very open statement, Catalano says the decision follows the realisation that the demands of the role were taking him away from family more than he would like.

He adds that he regrets the timing of his exit is so shortly after Domain listing on the ASX.

When I re-joined Fairfax in 2013 I made a commitment to my young family that I could be there for then and do the job. It has become clear to me that that doing the job of a listed company CEO, the way it needs to be done means that I am not meeting that family commitment.”

He also says that relocating his family to Sydney was not something he was prepared to do because of his children’s schooling.

“I understand and regret that the timing of this decision is unusually short from Domain listing. But, having been in the role for four years, I resign knowing that Domain has a great management team in place, and have every confidence in them and the business continuing its current stunning trajectory.”

His leadership has seen the business split out from Fairfax and grow monumentally. It was valued at around $2.2 billion when it listed. Fairfax retains a 60% shareholding in the business and Catalano is the largest individual shareholder. Catalano came in at number 12 on The AdNews Power List 2017. Check out the list here.

Catalano was behind the agent ownership equity model for Melbourne-based Metro Media Publishing business back in 2009, and off the back of this model launched successful property magazine The Weekly Review in 2010.

This same model underpins Domain's success and essentially involves companies jointly owned by agents, as well as Domain, investing in advertising with Domain's print and digital assets. Domain shares are then allocated to agents based on their use of the platform prior to allocation. Domain Group meets regularly with agent shareholders and in some states, Industry Advisory Boards have been established to represent shareholders on key matters such as product development, innovation and marketing.

Catalano has been outspoken about its rivalry with REA.com.au. Last year the two competing real-estate businesses were embroiled in a court battle over misleading advertising claims about which was number one.