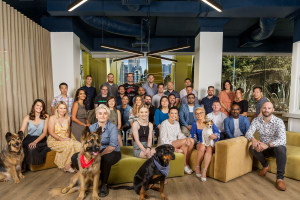 The announcement relates to Google banning the app from its Play store after the company raised multiple issues with Unlockd, stating the startup then failed to correctly address them.

Unlockd was forced to place its planned ASX IPO on hold earlier this year, as it led a legal battle against the tech giant, with the English High Court granting an interim injunction, stopping Google from taking further action.

The ruling prevented Google from disabling AdMob-generated advertising content and removing Unlockd apps from the Google Play Store in the UK.

"Despite this, the ramifications Google’s actions have had, and continue to have, place a deep impact on the business when considering the valuation of Unlockd prior to these threats and the postponement of the planned IPO, which would have fueled the continued growth and expansion of the business," a statement from Unlockd read.

"Until wide reaching change is brought about to prevent companies like Google from abusing their dominant market positions, consumers and innovation will continue to suffer."

Unlockd’s board of directors and management are now working with administrators to decide on the best path forward for the business and continue to assess current discussions regarding investment and potential acquisition.

A Google spokesperson reissued the statement it gave to AdNews earlier this year, which said it had explained its concerns and offered solutions to the startup on the matter but Unlockd failed to be compliant.

“Our publicly available AdMob and Google Play policies clearly set out how our products may be used, and are designed to protect the interests of advertisers, publishers and phone users," the Google spokesperson said.