"These actions would not have been in the best interests of advertisers and agencies, nor of publishers," says Sizmek.

Following news that Google was set to limit publishers to 12 ad tech vendors as part of its GDPR Consent Tool, which sparked global fears among vendors, the multinational tech giant has reversed its decision.

While in beta with some DoubleClick for Publishers (DFP) customers, the change was aimed at publishers using Google’s default consent technology and meant they would be limited to supply chain partners. Some argued that this could spell trouble.

He also said it would cut buyers off from the majority of the supply they value, which will be bad for the overall health of the open internet.

“It is designed to protect its owned and operated properties and forces a specific interpretation of GDPR on anyone who wants to continue working with Google,” Tan said.

“Google understands it will be under regulatory scrutiny, and it is taking this extremely conservative approach in the interest of protecting its owned and operated properties. But, this comes at the expense of independent publishers who have built their businesses on Google’s stack.

“This would radically change the ad tech ecosystem. An unintended consequence of GDPR is that it will strengthen the largest and strongest players. Many smaller vendors will have a hard time.”

According to AdExchanger, Google is reversing its policy for its consent management platform (CMP), that capped vendors a publisher can list in opt-in messages to 12, following “critical feedback from publishers and the ad tech industry”. 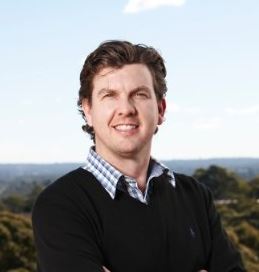 AdNews spoke with Matthew Joyce, country manager of programmatic software business DataXu, at the time, who said his concern is that Google was using this as an opportunity to gain more control of publishers’ data and other in–market audience data, in general.

“The main implication for the industry is that the restrictions would result in significant consolidation amongst vendors - not necessarily a good thing for the industry or consumers,” he said.

Damien Thomson, general manager APAC at Sizmek, also argued that while companies should spend time building their compliance processes, there is no “one single way” to do it correctly.

This issue was first discussed in AdNews in print - see here

At the time the capping news rolled out, Thomson said “it comes as no surprise” that Google has taken steps of its own to require partners and publishers to comply with their GDPR policy, “which is based on a very narrow interpretation of the regulation”.

“Independence and transparency are core to Sizmek’s mission and we believe these actions are neither in the best interests of advertisers and agencies, nor of publishers.

“It stands in the way of the independence that is so crucial to a fair and open marketplace. This independence not only provides advertisers with the most efficient means to find and engage their prospects, but also supports the flow of information and innovation that comes with a free and open internet.”

Thomson’s concerns also focus around the fragmentation of the media landscape and the continued consolidation growth of the two major walled gardens, Google and Facebook.

He said the internet giants present a challenge to advertisers trying to understand the impact of their digital media investment across channels and the rest of the open web.

“Agencies and advertisers are measuring their audiences and digital campaigns in isolation, making it very difficult to understand true performance,” Thomson explained.

“This could limit strategic thinking and investment into digital channels.”