Free the Bid pushes for more commercial content made by women 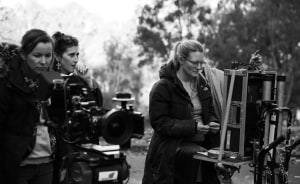 This first appeared in the AdNews March 2019 magazine as part of Agenda, looking at some of the diversity issues in adland and some of the women pushing for change. Support AdNews by subscribing here.

As part of our March in-print feature we looked some of the great women advocating for diversity across the industry.

We spoke with founder and ECD of Venus Comms, Bec Brideson, who launched the Women With Agency project which advocates for gender smart procurement reform; caught up with McCann Australia CEO Nicole Taylor see how the Time’s Up Advertising group is tracking and spoke with Clemenger Sydney MD Emily Perrett to see how The Agency Circle is pushing for diversity beyond gender.

Now, we speak with Free the Bid.

Headed up by Photoplay Films director, Jasmin Tarasin, Free the Bid is a database of female directors, in order to make it easier for people to find women for projects.

Tarasin fills us in:

Why did Free the Bid launch?
I launched Free the Bid in August 2017 after being contacted by Free the Bid globally for a Phillip’s campaign I did that aired in the US. Free the Bid is a call to action, an easy way for people to be able to find female directors.

In the US, just 7% of commercial content is made by women and in Australia it’s 11%. I’ve had a successful career as a TV commercial director and I felt I could give back to emerging female directors and also make a much needed change in the industry.

Why is Free the Bid important?
There’s a systemic bias and lack of opportunity for female filmmakers. Years of gender imbalance means that women are often unable to put strong enough wield to be signed by production companies. It’s kind of a vicious cycle and the ratio has to change.

I hope Free the Bid is transitional, something we don’t need to have in the future, but at the moment Free the Bid asks advertising agencies to put a female director in a bid.

Until women are given the opportunity to do better work and therefore have a better opportunity to be able to bid on all the jobs that we’ve been missing out on, then Free the Bid is really important in the industry.

What is Free the Bid’s main achievement?
Women on Free the Bid contact me every week saying they’ve found full–time work from the Free the Bid directory, and every agency I’ve spoken has said they use it all the time.

With 150 directors in our database, it makes it very easy for people to find the right director for each project.
We have raised and contributed to more female directors working full–time as directors. Free the Bid has also woken up a conversation in the industry about female directors and diversity.

What is the next step for Free the Bid?
We’re expanding more into supporting TV drama and documentary directors and feature film directors as well. Our next steps are really just empowering women to be skilled and as ready as they can be.

Free the Bid is also involving key advertising agencies in our workshops and engaging them in the process, that’s going to be a really great part of getting people on board.

In 2017, allegations of sexual assault against Hollywood director Harvey Weinstein sent shockwaves across the globe that soon reached Australia's adland. Instantly, women became empowered to speak out in the #MeToo movement and allegations against powerful men kept rolling in. Eventually, the scandal reached adland agencies, with former J. Walter Thompson chief executive Gustavo Martinez being the most high profile case.

What’s the end goal for Free the Bid?
We want 50/50 ratio of men to women directing commercial content. That’s our end game.

What do you hope to achieve by the end of 2019?
I really want more agencies to come on board and pledge they’ll commit to this kind of initiative.

I also want to see the types of work women are doing to be more diverse, not just female–skewed. That’s important to me because I have a fatigue about the briefs I get. I want to make car ads, big special effects and stuff like that, but I never get the chance.

Have you noticed a cultural change across the industry?
I have, but I think people are still in a kind of transition and getting used to the changes. You still hear people say things like “watch out, me too”. People seem unsure how to react, but it’s a very exciting time.

For me, it’s the first time I haven’t had to make an excuse for being a woman in the industry. Before, I was always having to prove myself and be someone different, but now I have this army of beautiful directors who are extremely talented and have produced amazing work.