How Time’s Up Advertising is turning hashtags into action 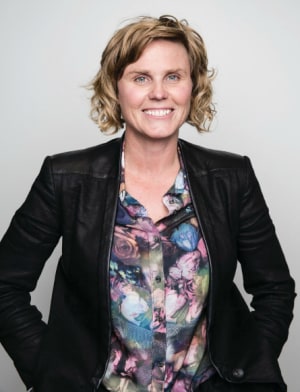 This first appeared in the AdNews March 2019 magazine as part of Agenda, looking at some of the diversity issues in adland and some of the women pushing for change. Support AdNews by subscribing here.

In 2017, allegations of sexual assault against Hollywood director Harvey Weinstein sent shockwaves across the globe that soon reached Australia's adland. Instantly, women became empowered to speak out in the #MeToo movement and allegations against powerful men kept rolling in. Eventually, the scandal reached adland agencies, with former J. Walter Thompson chief executive Gustavo Martinez being the most high profile case.

This movement turned into action in March 2018 with Time’s Up Advertising launching in the US, with the likes of DDB CEO, Wendy Clarke, and JWT CEO, Tamara Ingram, pledging policies and practices to support women.

It’s a much-needed initiative as a national inquiry into sexual harassment in workplaces found an alarmingly high rate across the media sector, with 81% of people in information, media and telecommunications sexually harassed in the last five years.

We spoke with McCann Australia CEO Nicole Taylor and Clemenger Sydney MD Emily Perrett to see how the Time’s Up Advertising group is tracking.

Why did you launch Time’s Up Advertising?
The group came together in 2018 after the Weinstein revelations in 2017. There were many public and private conversations about the subject, and about the very real situation that our industry suffered from.

In Australia, it was actually a rallying cry from former AdNews editor, Rosie Baker, that brought us together. She had been investigating claims of sexual harassment in Australian agencies and had become aware of some horror stories on our own soil. She called on myself and several other female agency leaders to step up and do something.

Clemenger’s Emily Perrett, Leo Burnett’s Sarah Palmer, Lee Leggett, myself and others came together and started talking about what Time’s Up looks like in Australia, and what our community wants from it. Our mission is to create an environment that empowers people to speak up and a commitment to progress.

Who heads it up?
We act as a committee, working in our own time, and with very little resources. Each person involved brings their own experience and perspective.

Who are your members?
Myself, Emily, Sarah, Lee and Rosie have been active since the beginning, but there is a long list of women in the industry who have reached out and are in support. It’s a growing initiative, and the door is open to anyone with something to offer.

Why is the group important?
We want to show our solidarity and that we know that as senior women and leaders of businesses we have a responsibility to the people around us. A responsibility to make sure that there is a safe environment and an open culture where people, particularly those in the process of building their careers in advertising, feel able to challenge behaviour they know isn’t right.

What have you achieved to date?
We’re very cognisant that we want to deliver what the community wants, not impose or dictate, the direction. So in 2018 we outlined our intentions and asked for feedback.

It was there that we launched an industry–wide survey to find out what the community actually wanted, and from that we’re building our foundations.

The results pointed to a few key areas — a code of conduct outlining what everyone should be able to expect from their workplace, training for managers, legal advice and keeping the issue alive in PR/press.

What do you hope to achieve by the end of 2019?
We’re currently laying out initiatives and building resources in those areas that offer points of contact for more advice and available information.

What’s the next step?
The next step is to publish the results of that survey and the actions being taken.

What is the end goal for the group?
The end goal is to help create a place where women and men are empowered to shut negative behaviours down and make this an industry that everyone is proud to be part of.

We love this industry and we care about the people in it, its reputation and its future. We want to hold our heads up high and be proud of an industry that lives up to its ideals.

Beyond the group, has there been a genuine change in attitude across the industry?
Absolutely. Awareness is at an all–time high and that is key, and people just aren’t accepting bad behaviour. This movement isn’t about demonising men though, it’s about restoring balance, building diverse cultures and helping everyone, whoever they are, to make the best work of their careers in an environment free from harassment.

Did you see this?

AdNews and Lida Investigation: The journey of the Australian woman within advertising