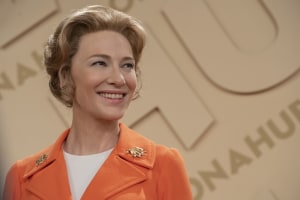 Binge, Foxtel’s shot at the streaming content market, is taking on the big international players with a competitive price point and plenty of exclusive content.

The great hope for the cable business, after two years in development, will cost from $10 a month with content from WarnerMedia, NBCU, FX, BBC and Sony.

Foxtel signed off on a deal with HBO earlier this month, securing HBO content such as Game of Thrones, Succession and The Wire.

Binge, Foxtel's answers to falling subscriber numbers, will also be boosted by original series from HBO Max, the new streaming platform launching in the US next week.

News Corp, the majority owner of Foxtel, earlier this month wrote down the value of Foxtel by $US931 million (AUD1.4 billion).

Julian Ogrin, the CEO of Binge who also oversees the sport streaming service Kayo at Foxtel, says the aim to be the “preeminent” Australian provider of streaming.

“This is a next generation streaming service that we want to go beyond providing the best content by creating an emotional connection with viewers based on unapologetic entertainment pleasure, a place you can escape to for that precious ‘me time’,” Ogrin says.

“We couldn’t be more excited to pull the curtain back and show Australia this incredible product. The time is right to unleash this new service providing Australians with the best in drama, lifestyle, reality and movies.”

Binge, which is being launched to the market with the tagline Unturnoffable, won’t impact Foxtel Now which offers on-demand content, a lot of which overlaps with Binge’s content, as well as livestreaming for $25 a month.

Instead, Binge offers on-demand content only at a price more competitive with rivals in the crowded streaming market such as Stan, Netflix and Disney+.

According to Ogrin, streaming entertainment will double over the next three years to reach 85% penetration, with Australians having two to three services in their homes.

Ogrin pointed to Foxtel’s success with Kayo, which had strong takeup until the disappearance of live sports during the coronavirus crisis, as a pathway to grow Binge’s audience.

“History shows we were very successful with Kayo in really tapping into new markets even though sport was around for a long time delivery through a different medium,” Ogrin says.

“We demonstrated how we could generate incremental growth through incremental markets and the same will happen with Binge.”