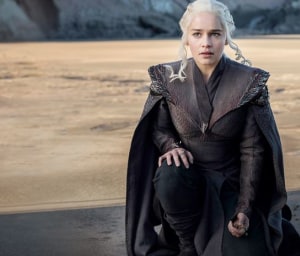 Foxtel has expanded its relationship with WarnerMedia, in a multi-year deal that secures it as the exclusive Australian home of HBO and HBO Max Original series.

The licencing agreement also covers programming from Warner Bros. and WarnerMedia networks, giving Foxtel a range of content through its broadcast and on demand services.

As part of the deal with HBO Max, the streaming platform launching in the US on May 27, Foxtel is the new exclusive licensee for Warner Bros.’ produced and distributed scripted Originals for the platform.

“We are pleased that after working together for almost 25 years we can announce an expansion of our relationship, not only with Warner Bros. and HBO, but with the extended WarnerMedia family,” says Foxtel Group CEO Patrick Delany.

“The diverse output from WarnerMedia to the Foxtel Group will power our broadcast and streaming strategy on multiple platforms and multiple brands ensuring our customers continue to enjoy the very best of TV and on demand from the world’s number one producer of television.”

The partnership also includes a commitment to scripted and non-scripted programming for Warner Bros. International Television Production in Australia.

“We are incredibly pleased to have the opportunity to pull together a diverse collection of audience favorite films, series and documentaries from Warner Bros., HBO and HBO Max as well as continued access to leading news and entertainment networks CNN, Cartoon Network and Boomerang and be able to offer all of this in one deal,” says Warner Bros. Worldwide Television Distribution president Jeffrey R. Schlesinger.

“It is a first for our company and a true exemplification of WarnerMedia’s international distribution strategy of putting the viewer first.

“We also applaud Foxtel’s commitment to local production in Australia and look forward to developing an impressive slate of programs.”

The new deal comes as Foxtel is expected to announce its own new streaming service during its earnings results this week. The platform, expected to be called Binge, will be boosted by content from HBO as it sets to compete with Netflix and Stan.