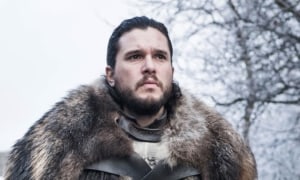 Foxtel has begun beta testing its new streaming platform with a launch expected in weeks.

The platform, with the working title of Binge, will be boosted by WarnerMedia content secured by Foxtel in a multi-year deal announced last week.

The deal ensures Foxtel remains the exclusive home of HBO in Australia. It also gives the majority owned News Corp broadcaster the exclusive rights to original series from HBO’s highly anticipated streaming service, HBO Max, which launches in the US on May 27.

“We have been beta testing Foxtel's new drama and entertainment streaming service, and we expect to launch commercially in the coming weeks,” says Panuccio.

“And we're very pleased to announce the WarnerMedia deal to support the launch.”

The new platform comes as Foxtel implements significant cost-savings measures as it takes a hit due to the pandemic’s economic fallout. The broadcaster has had to put on more staff to deal with high volumes of cancellations, and has opened more content to subscribers without charge.

Binge will launch with a price to rival Netflix and Stan, which start at $9.99 a month, compared to Foxtel Now, which starts at $25 a month. Despite the crowded streaming market, Robert Thomson, News Corp chief executive, expects strong demand.

“In coming weeks, we plan to launch our entertainment streaming product and expect that there will be strong demand, given the power of our media portfolio's marketing platform and the nascent demand in Australia,” Thomson says.