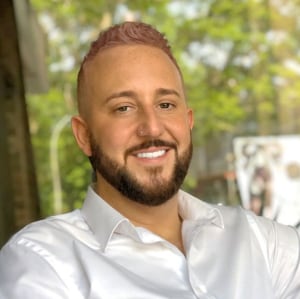 Former national managing director of Carat, Simon Williams, has been appointed as head of audiences at financial comparison website Finder.

"I am excited to be joining the team at Finder, developing and supporting existing partnerships, alongside creating new revenue opportunities that leverage Finder’s audiences," Williams says.

"The Finder team has a superior reputation in the market, and I hope to support the Client Services crew to showcase the premium nature of the Finder audience in 2020 and beyond.”

"He will be responsible for developing new ways for our partners to communicate to our growing monthly audience of over 2.6 million engaged Australians," Restuccia says.

"We’re strongly focused on producing exceptional results and excellent service for our partners across the Finder platform, and we’re looking forward to having Simon take this commitment to new heights.”

Williams was one of a number of executives made redundant across Dentsu Aegis Network (DAN) last year under the now former CEO Henry Tajer.

He was promoted to the national MD role in late 2018, following the exit of former CEO, turned Nine Sydney sales boss, Paul Brooks.

The national MD role had come under immediate scrutiny following the news that outgoing Spark Foundry boss Sue Squillace would be taking over as CEO of Carat.

Prior to national MD, Williams had held the role of chief client solutions officer within the wider DAN business, leading pitching and was responsible for the retention of key DAN accounts, including Disney, during his time with the business.

This week, it was also announced Nick Swifte, another DAN executive made redundant last year, had started in a new role with independent full service agency Rapid Media.