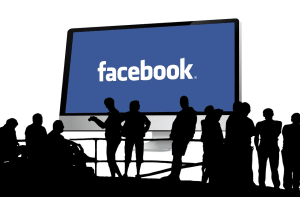 Facebook has reported strong Q1 financial results but has taken dramatic steps to tackle the ongoing issue with dodgy content on the platform creating an unsafe environment for brands and users.

The social network has today announced that it will hire 3000 additional content moderators in a bid to counter the backlash against its sensitive and distressing content appearing on the platform and the unease that it is largely handled by an algorithm. It already employs 4500 people to do the job.

In the results presentation, Mark Zuckerberg talked about Facebook’s vision of building a global community and said this would help the platform review the millions of pieces of content it hosts each week and “improve the process for doing it quickly”.

“There's a lot to do here. Building a global community is bigger than any one organisation, but we can help by developing social infrastructure for community - for supporting us, for keeping us safe, for informing us, for civic engagement, and for including everyone. But it's clear we have more work to do. We're going to continue building new tools to keep people safe on our platform.”

The move is an admission from Facebook that relying on artificial intelligence and its algorithm to moderate content selection was not a good enough solution. It has been in hot water over the curation of content running on its platform following a flood of dangerous content being served to users.

Its live video offering has been particularly criticised for scenes including suicides, violent offences, pornography and murders being aired in real time.

It has been slammed for allowing such content to run freely and being slow to take action when offensive content was flagged by users. Facebook has also started working with Journalism Project to help educate people on digital news literacy as part of its solution to the growing problem of fake news.

Revenue in the first quarter to 31 March increased 49% to more than US$8 billion, beating analysts expectations. Adversing revenue increased 51% year on year to US$7.8bn.

The majority (85% or US$6.7bn) of revenue came from mobile advertising with video and Instagram driving the growth.

Desktop ad revenue also grew 22% despite a decline in desktop usage, which it says is a result of efforts to counter adblocking.

During the quarter the average price per ad increased by 14% and the total number of ad impressions served increased 32% - again driven by mobile.

There are now more than five million active monthly advertisers using the platform to connect with consumers - double the number at the end of 2015.

Facebook COO Sheryl Sandberg outlined mobile as one of three priorities Facebook has for brands and pointed to its Creative Hub, which is making it “easier to create ads optimised for mobile – what we talk about as “thumb-stopping creative”.

“Our goal is to build meaningful connections between businesses and people. We’re doing this by focusing on three key priorities: helping businesses leverage the power of mobile, developing innovative ad products, and making our ads more relevant and effective.”

On improving measurement, Sandberg also referenced its recently announced commitment to third party audits with the Media Ratings Council, which came following pressure from advertisers unsatisfied with the level of visibility it offered, and its admission of multiple errors and mistakes in the numbers it had previously reported.

She says the platform has also taken steps to make it easier for all advertisers - not just the large, big-spending organisations to measure results.

“Whether marketers are trying to get people to buy something on their website or in their store, we now have systems in place to help them measure results and third-party partnerships to verify those results. These are important steps as we continue to build the advertiser trust,” she says.

Facebook’s profit during the quarter was more than US$3 billion - a 66% hike.

Its user base continues to grow despite current issues it is facing with daily active users increasing 18% to 1.28 billion, as does its advertising base. User growth is largely coming from Asia and outside the US and Europe.

Facebook also increased its own advertising expenditure over the past 12 months, spending more than US$1bn on marketing in Q!, up from US$826 million in the same quarter last year.

Facebook now employs 18,770 people around the world - a 38% increase in headcount.