EXCLUSIVE - How much are Google and Facebook paying for news in Australia? 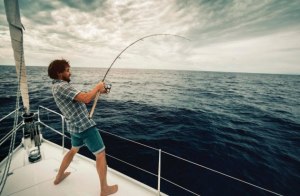 The details of the biggest news licensing deals in Australian history, including dollar amounts, appear, at least for now, to be a close secret.

The big guns came first. News Corp made an announcement via New York but didn’t give commercial details, including the financials and how this might lift the media group's revenue.

Regional players including Australian Community Media (ACM) are also talking to the digital platforms. Even the small independents are seeking a share of the digital platform treasure. Competition watchdog the ACCC has given the Country Press Association a green light to collectively bargain with each of the tech giants for payment.

Last year we know that Google alone collected $4.4 billion in advertising dollars from the Australian market.

So how much of that will go to the news groups and will this cash make a measurable difference to the bottom lines of the various media companies, large and small?

Earlier this week, Seven West Media finalised formal agreements with Google and Facebook over payment for its news.

The deal with Google is for five years and the agreement with Facebook, which the social media company still needs to sign, for three years.

The media company hasn’t revealed the value of the deals, nor what this might do to its revenue base.

But the magic number could be around 4% of local digital platform search revenue.

Analysts at JP Morgan, searching for answers to what the digital money might mean to the financial health of the Australian media, studied deals in other countries and applied similar frameworks to the local players.

Looking at Europe and the UK, that could mean a total combined cash flow from Google and Facebook in Australia as high as $250 million.

However, sources familiar with current negotiations in Australia say the number is overly enthusiastic. The reality is a far smaller number.

In the UK, Google paid about £260 million, representing about 4% of its local search advertising revenue. In France, Google used 4.1% of its gross revenue generated in that country to pay news publishers.

Analysts at JP Morgan, assuming 5% of total advertising revenues could be paid to Australian news publishers, say that could mean AU$215 million from Google and AU$35 million from Facebook. Again, the industry sources say this is on the high side.

“Traditional media is accelerating growth via digital news content delivery; subscriber growth and premium content (plus display advertising) leave us positive across the traditional media sector,” write the JP Morgan analysts in a note to clients.

Modelling by the analysts allocates to Seven West media, following this week’s deal announcement, $63 million from both the platforms.

Nine, which insiders says is still deep in negotiation with Google and Facebook, will probably get more than Seven West because of its higher volume, and premium nature, of its content.

However, it is likely the actualn value of the digital deals will be revealed when Seven and Nine -- both ASX-listed -- need to report a material change to the market.

“This may mostly benefit major news publishers in Australia.

“In the long term, we believe the Google deal will further stimulate publishers' transition from print to digital."

At Nine, its publishing division will be the main beneficiary from Google News Showcase, using this to grow digital subscribers.

Google in February launched a preliminary version of Google News Showcase in Australia. The digital platform pays publishers to curate the news.

Readers at showcase can be given free trials and be directed to publisher subscription sites.

“We believe NEC (Nine) can utilise this opportunity to support its customer acquisition through the curation of The Sydney Morning Herald, The Age and others on Google Showcase," says JP Morgan.

“The added feature of ‘go-to link’ of the news website is expected to attract more traffic from readers who come from Google News.

“The deal is a two-way value exchange and digital platforms such as Google and Facebook also contribute web traffic to news websites.

“For instance, the total news traffic to news sites from domestic visitors and international visitors fell by ~13% and ~20% respectively after Facebook started to limit link-sharing.

“Therefore, we believe the cooperation with digital platforms will bring increasing web traffic which allows NEC (Nine) and SWM (Seven West) to monetise traffic through advertising."