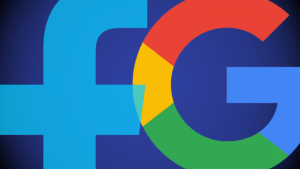 Members of Country Press Australia (CPA) will be allowed to collectively negotiate with Facebook and Google for payments under the news media bargaining code.

CPA members have been given interim authorisation by the Australian Competition and Consumer (ACCC) to collectively bargain with each of the tech giants for payment for their news content that appears on the tech platforms.

The CPA has 81 members and 160 regional newspapers including The Bunyip, Narrabri Courier, Gympie Today, and Noosa Today.

The news media bargaining code passed in February, however, none of the tech giants have been "designated" under the law. Once tech platforms are designated, news media businesses would automatically be allowed to collectively bargain for payments.

“The ACCC considers that allowing CPA members to bargain collectively is likely to result in public benefits by enhancing negotiations between regional publishers and digital platforms, and thereby assisting the sustainability of regional news production,” ACCC Chair Rod Sims says.

“These public benefits align with the purpose of the news media bargaining code, which was intended to allow and encourage collective bargaining.”

“We welcome the fact that both Facebook and Google appear to be successfully reaching voluntary deals with Australian news businesses, including a number of smaller publishers, following the passage of the bargaining code.

“The onus now remains on Facebook and Google to continue to negotiate in good faith with news businesses of all sizes.”

The ACCC says it is seeking feedback on CPA’s application for final authorisation.