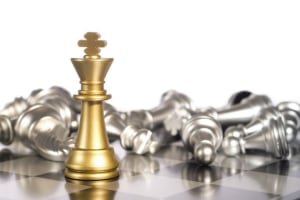 Google has launched News Showcase in Australia amid ongoing tension between the tech giant and the government over the news media bargaining code, a law which will govern how digital platforms pay publishers for their content.

Google previously suggested that Showcase, a licensing program which pays publishers to host some of their stories, be used as the payment model for the bargaining code, rather than payments for links. However Google AUNZ boss Mel Silva was grilled at a Senate committee for not first revealing how the product will work.

Initially, Google said it was pausing the rollout of Showcase in Australia until the code was finalised to understand its financial implications. But today the tech giant launched the product with seven Australian publishers, including Australian Community Media (ACM), Schwartz Media, Solstice Media, The Conversation, and Private Media, part of the launch.

Showcase will see Google pay publishers a fixed monthly fee for them to curate stories, including pay-walled content, for Google users to access for free. Showcase is available from today in the Google News app and Discover over the coming days. Google also intends to make it available in Search.

“We’re also making it easier for publishers to learn more about what their readers care about. Publishers are already able to get analytics on their content in a variety of Google products, and in the coming months they will be able to learn even more with News Showcase metrics on Search Console.”

News Showcase is currently live in Germany and Brazil, with more than 450 publications signed on to the program across the globe. Google is also in talks with other Australian publishers to bring them into Showcase, although Nine has rejected the call for the program to be used as the payment model for the code.

Under Google’s suggestion it be used as part of the code, publishers would be able to negotiate a deal with Google and go to arbitration if an agreement isn’t reached.

The local rollout of News Showcase comes after Prime Minister Scott Morrison spoke with Google CEO Sundar Pichai about the legislation. Morrison described the talk as a “constructive” meeting.

“I have been able to send them the best possible signals that should give them a great encouragement to engage with the process and conclude the arrangements we’d like to see them conclude with the various news media organisations in Australia,” Morrison said in Canberra.

Morrison added that he was much more confident that Google will not withdraw its search service from Australia, which the company has threatened to do if the code is passed.

“That is the best way to enable that matter to be settled. We discussed some of the specific elements of the code and they raised those matters very respectively but I think we have been able to get that into a much more positive space about their ability to continue to provide services here in Australia.”