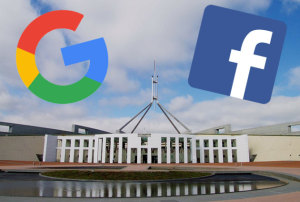 The news media bargaining code has been passed by parliament today after months of tense negotiations over the bill.

The legislation went through with last minute amendments made by the government after its discussions with Facebook to reverse the platform's ban on news.

As part of the updates, the decision to designate a platform under the code will take into account whether the platform has made a significant contribution to the sustainability of the local news industry through commercial deals. Digital platforms will also be given one month’s notice before they are formally designated under the code.

Treasurer Josh Frydenberg and communications minister Paul Fletcher have described the code as a “significant milestone”.

Google has already made a number of deals, including ones with Seven West Media, News Corp and The Guardian. Seven West Media also revealed it has inked a deal with Facebook.

Smaller publishers have raised concerns over the code, with Man of Many Scott Purcell saying it is likely to entrench the dominance of the larger traditional news publishers.