Google collected $4.4 billion in advertising in Australia in 2020 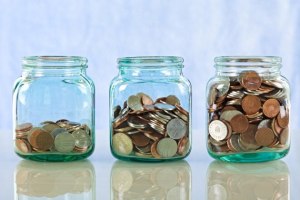 Google recorded $4.4 billion in advertising sales in 2020, up from $4.1 billion the year before, according to financial statements lodged with corporate regulator ASIC.

Google's numbers show a more than 7% rise in ad dollars over the 12 months to December 2020, well ahead of the industry average. According to IAB Australia, the total investment in digital advertising for calendar year 2020 was $9.5 billion, up 2% from in 2019.

The financial statements show Google's gross revenue, including other services, at $5.2 billion for the year.

Most of that didn't end up in Australia.

Google Australia only booked almost $1.4 billion in revenue of which $681.7 million was for advertising.

The local company, Google Australia, makes a lot of its money via a service agreement with a Singapore entity, Google Asia Pacific Pte Ltd.

Most corporates are hard pressed to pay 10% in income tax in Singapore. In Australia, the rate is generally 30%.

The local company essentially re-sells Google ads, and other services, in Australia on behalf of that related Singapore company and remits most of this to the offshore entity.

Extracting costs, including the fees paid to the Singapore company, the “accounting profit” for the Australian company was $238.5 million.

Google, in notes to its financial statements, records transactions with related parties. Service fees were $3.77 billion.

“Key personnel” at Google Australia shared $36 million in 2020, up from $24 million in 2019. How many people this “compensation” was shared with, and what proportions, is unknown.

An extract from Google's 2020 annual statements: