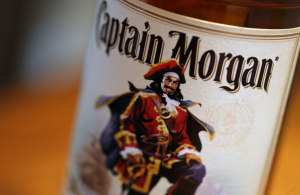 Snapchat is "disappointed" that Diageo has chosen to suspend all its advertising on the platform after UK ad watchdog ruled the alcohol giant didn’t take sufficient care to ensure that a Captain Morgan ad didn't reach minors.

A Snapchat spokesperson tells AdNews that is disagrees that Diageo was intentionally targeting an underage audience as it had age restriction limits in place.

“The Advertising Standards Authority (ASA) acknowledges the evidence we provided showing that ages supplied by Snapchatters are a robust way to age-restrict ad,” the spokesperson says.

“Snapchat now offers amongst the most sophisticated targeting in the industry and by introducing new tools such as Audience Lenses and incorporating additional signals into our targeting, advertisers have a reliable and flexible way to ensure their ads reach the right audience.”

The watchdog probe serves as a warning to Australian brands as the popularity of the platform climbs Down Under, hitting four million daily users in 2016. 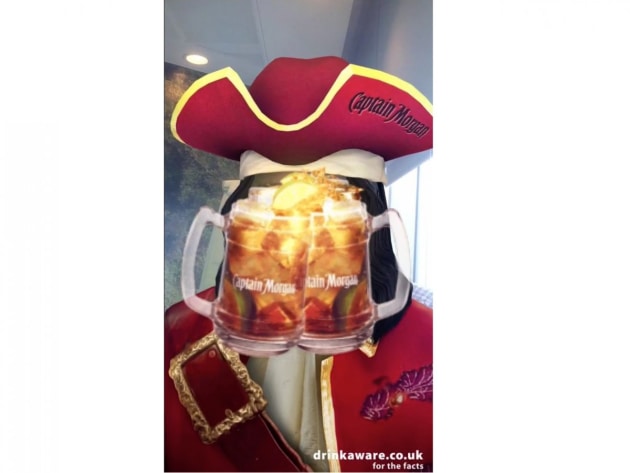 The Captain Morgan ad that has came under fire

Snapchat’s response comes as the ASA investigated the ad for rum brand Captain Morgan and decided it was likely to appeal andby chbreacheadvertising codes.

The ruling prompted a decisive reaction from Diageo and left Snapchat on the defensive about its age verification and filters, which it insists it has improved since the ad was run in June 2017.

The ASA cautioned Diageo on two separate breaches of the advertising code.

The watchdog criticised Diageo and Snapchat for its lack of care for young users, as its targeting was based solely on users’ self-reported ages – a common practise for social media platforms.

Diageo issues a statement saying it is assessing the incremental age verification safeguards that Snapchat are implementing.

“We have a strict marketing code, take our role as a responsible marketer very seriously and acknowledge the ASA’s ruling. We took all reasonable steps to ensure the content we put on Snapchat was not directed at under 18s - using the data provided to us by Snapchat and applying an age filter,” a Diageo spokesperson said.

There has been growing concern globally about the impact of alcohol ads on social media, with questions raised if beverage brands have effective age-gates in place.

A 2016 global study from the APSAD Scientific Alcohol and Drugs Conference found that alcohol marketing was linked to underage drinking with participants aged 15-17 equally as likely as older participants to ‘like’ or ‘follow’ alcohol pages.

“Platforms like Snapchat are so popular with young people in particular, it is alarming when we are seeing more alcohol brands move into this space,” AARB executive officer Julia Stafford said.

Previously the ABAC governed the content of alcohol ads but not media placement.

This could have a big impact on the alcohol advertising industry, which is fundamentally shifting, as consumption of alcohol per capita has tumbled to a 50-year low and ad spend is drying up in TV and print.