Alcohol ads 'don't belong' on Snapchat or any social media 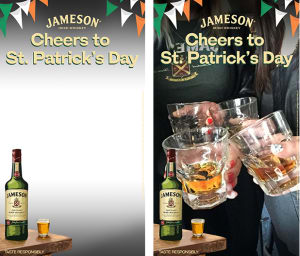 Australia's alcohol ad watchdog has expressed concern over alcohol companies in the US increasingly advertising on Snapchat. It’s a trend likely to be mirrored in Australia, which sees brands running the risk of exposing their marketing to Snapchat's younger, and in some cases underage, audience.

The Alcohol Advertising Review Board (AARB) executive officer Julia Stafford tells AdNews there is concern over Australian alcohol brands infiltrating Snapchat as social media platforms have little ability to manage who can access the ads.

Diageo corporate relations and legal director Kylie McPherson told AdNews the masterbrand for Smirnoff, Captain Morgan, Johnnie Walker and more, says for it to consider Snapchat as a marketing channel at least 70% of the audience must be older than 18.

“We are currently looking at the use of some ad formats on Snapchat that are targeted to an audience 18+,” Diageo says.

“Platforms like Snapchat are so popular with young people in particular, it is alarming when we are seeing more alcohol brands move into this space,” Stafford says.

"At this stage, we don’t know anything about how Snapchat plans to "age gate" the ads but what we’ve seen from other social media platforms is there basic age gating methods are fairly crude.”

The AARB has upped its focus on ending the "charade" of alcohol advertising on social media in recent years, deeming the ads “irresponsible” and calling for a new supervisory approach away from self-regulation.

AdAge reported yesterday brands such as MillerCoors, Beam Suntory, Diageo and Bacardi are among the companies marketing on the app in the US. Australian brands, including Smirnoff and Vodka Cruiser, have previously been called into question by the AARB after age gating failed to stop underage accessing and engaging with alcohol ads.

In 2015, a 12-year-old left a review for a Vodka Cruiser Pineapple Passion Punch on the Dan Murphy’s website, saying: “Had a sip on my 12th birthday, went off my head gr8 flava wud recemend, gud value fo mone.”

In another case, a mother complained her 13-year-old daughter had ‘liked’ and followed the Smirnoff Instagram page.

“There are no controls on the placement of alcohol ads on social media and as the area keeps growing, such as with the popularity of Snapchat, we are constantly playing catch-up,” Stafford says.

Lion, regularly called out by the AARB for its positioning of outdoor ads, declined to comment as the company doesn’t currently use Snapchat.

Stafford says the issue with Snapchat is one of the key reasons a regulatory boardis needed: "We can’t respond to every new social media platform because they are being created all the time. We shouldn’t be playing catch up – we need effective legal controls to cover all marketing platforms so we don’t have to respond to Snapchat in particular."

“If alcohol brands are coming to Snapchat in Australia it is a scary thought from the perspective of the marketing opportunities it will provide.”