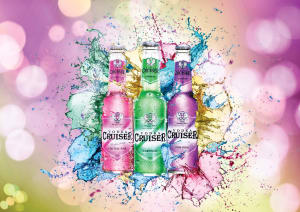 The Alcohol Advertising Review Board (AARB) has called for legislation to remove all alcohol advertising from public transport and transit stops in an attempt to protect children from exposure to alcohol promotion.

The report from the board found that self-regulation of alcohol advertising is ineffective and that many alcohol companies are ignoring concerns about young people’s exposure to ads through sport, television and online media.

With outdoor advertising accounting for 9% of the advertising industry revenue in 2015-16, the report is calling for “strong, independent, legislated control on all forms of alcohol advertising and promotion in Australia".

The board’s annual report, released in September, found a product review of a two litre cask of pineapple punch-flavoured Vodka Cruiser on the website of a major alcohol retailer, had apparently been written by a 12-year-old.

There were examples of large alcohol advertisements on bus shelters located just outside of school gates.

Through an independent national survey of 1098 Australians in July 2015, it was found that 72% of Australians support legal controls to reduce young people’s exposure to alcohol advertising, with only 6% opposed.

The survey also found 69% of Australians support phasing out the promotion of alcohol through sports sponsorships.
Senator Richard Di Natale agrees, saying it’s time to get the grog ads out, especially of sport.

“As a society, we already accept that it is appropriate to restrict certain types of programming to adult viewing times. Those restrictions are undermined by giant loopholes with regard to sports broadcasts,” Di Natale says.

McCusker Centre for Action on Alcohol and Youth Mike Daube says it’s time to end the charade of industry self-regulation.

“We call on all governments to take on the international companies that dominate the Australian market and act to protect our kids”.