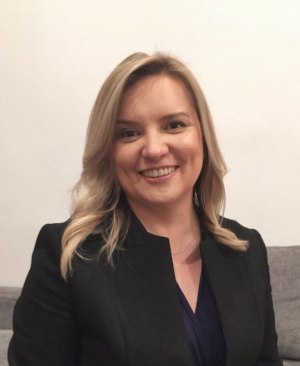 Di Richardson has left her US-based exec VP chief strategy officer role at IPG Mediabrands' agency UM and will start her new role as MD of OMD Melbourne in February next year.

The infamous siphoning of Australian media talent occurred when the then CEO of IPG Mediabrands Henry Tajer left Sydney for the New York-based global CEO role. Shortly after he tapped a raft of top Australian talent for global roles with IPG.

See: The return to Oz: Tajer and Sintras to relocate back to Australia

More than two years on from the big move, all have now left IPG and many returned Australia, aside from Baxter, who earned a promotion to global CEO of Initiative; and Godbold, who is believed to be secure given his media intelligence tech solution.

Richardson, who will report into OMD CEO Aimee Buchanan, will be a welcome addition to OMD Melbourne, which had been searching for a suitable placement since news of Reid's departure was revealed in September.

“It was clear to me through every conversation that OMD is an agency that walks the talk with integrity and has a real focus on creating a thriving agency culture,” Richardson said.

“I’m really looking forward to leading the OMD Melbourne team to further unlock great opportunities for client success. And of course, it's so exciting to be returning home to Melbourne, there are so many talented people that I can’t wait to collaborate with."

Richardson's career spans more than 20 years in Australia, the UK and the US, working within media agencies UM and Starcom, as well as client side with Mars Inc and PepsiCo. She's also worked brand side, including Optus, Virgin, Suncorp, Mars, Lion Dairy and Drinks, GM Holden, Subaru, Sportsbet and Seek.

In her new position, which also sees her join the OMD national executive team she will lead the Melbourne team and be responsible for the agency’s overall output.

Buchanan says: “We are extremely excited to have someone of Dianne’s calibre join the OMD family. She will bring an enormous wealth of global experience and knowledge to lead our outstanding Melbourne team into the next chapter. I was immediately impressed with Dianne’s passion for growing client businesses and I know she will be a great cultural fit for our business.”