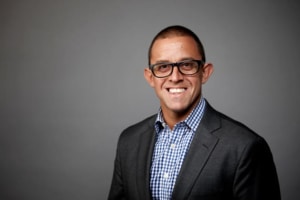 Henry Tajer, global CEO of IPG Mediabrands, is leaving the media network after just two years in the global gig and will return to Australia. It is understood IPG Mediabrands chair Philippe Krakowsky will take over Tajer's direct reports.

Tajer was previously CEO of the Australian business and built the local operation into one of Mediabrands' most successful divisions. Since his move, he tapped a raft of top Australian talent for global roles with IPG.

It's two years since Tajer upped sticks in pursuit of the American dream, taking up the global CEO spot, but speaking to AdNews last month, he said his eye was still firmly on the Australian market.

In a shock move in May 2015, GroupM’s heir apparent to John Steedman, Danny Bass, appeared to have turned down the Australian CEO role at WPP's media buying giant to become CEO of IPG Mediabrands in Australia - taking the reins from Tajer.

Almost as soon as he was in the job, Tajer placed a number of Australian execs in high profile global and US roles, including Baxter, who is now global CEO of Initiative.

Tajer sat down with AdNews for a video interview when he was in Sydney recently. You can catch that later this week.

In an internal memo, Krakowsky provided details of the move:

As you all know, the agencies within Mediabrands have been key drivers of Interpublic’s success in recent years. That’s because media is where so much of the future of our industry is being defined, particularly in digital channels, programmatic and ad tech, as well as data and analytics.

That’s why, last year, Michael Roth announced that he was more closely aligning our media offerings and IPG by asking me to serve as your Chairman, in addition to my responsibilities leading strategy and talent for the holding company. As you heard from us at that time, this move was a confirmation of how central media services have become to the evolution of marketing overall – as well as a statement of our intent to promote greater collaboration between all of our media agencies and the rest of the IPG portfolio. We’ve made real progress in these areas, but there is still a lot to be done to fully realize that opportunity.

This context is important as it relates to a development that we are announcing today, concerning Henry Tajer. Henry has been a part of our company for over a decade, leading our hugely successful Australian operations, the Asia Pacific region and, most recently, Mediabrands. Moving a young family halfway across the world is a courageous thing to do and we appreciate Henry’s willingness to take that step when he assumed his global role, just as we appreciate the commitment and drive that are the hallmarks of Henry’s leadership. But we also understand his desire to return home, which will see him transitioning out of his job, in preparation for a move back to Sydney.

Our decision last February foresaw this possibility, which means this transition will be a seamless one, with Henry’s reports moving over to me. Given that I’ll continue to serve in my corporate IPG roles, I’m fortunate to know many of you well and to have become even more fully immersed in your businesses over the past 15 months. More importantly, we are all fortunate to have such outstanding teams and talent across the organization, serving our clients by bringing them innovative and business-building ideas.

As a holding company, IPG has long been clear that our primary role is to empower our people and our agency brands. With market leaders like UM, Initiative and Magna, as well as a group of terrific SBUs, we are in a strong position to keep winning in the marketplace.

We’re counting on you to keep doing that, just as you can count on our continued support,