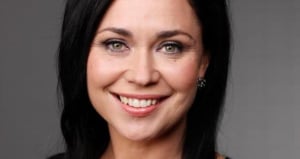 Sheffield resigned from News Corp in February after six years at the company and made "significant achievements", News Corp Australasia executive chair Michael Miller said at the time. Her exit had been rumoured for several weeks.

In a memo to staff, Australia Post CEO Christine Holgate said: "Nicole is an outstanding marketing and business leader who combines a deep understanding of Australian consumers with vast digital experience.

"She has enjoyed an extensive career in Australian media where she has led businesses that, like Australia Post, are going through considerable digital disruption and require rapid transformation."

Holgate said through her roles Sheffield has built a strong appreciation for retailing, particularly through newsagents, and played a vital role in assisting these small businesses adapt through a period of significant digital change.

"As we know, many of Australia Post’s in-conjunction post offices are also newsagents, so there is a strong parallel and I am sure she will be a great support to our licensed post office partners as well as in reshaping our own post offices," Holgate added.

While at News Corp, Sheffield was responsible for the media group's entire technology business.

Sheffield was also the chair of IAB Australia and has held several senior roles, including managing director of News Digital Networks Australia, CEO of NewsLifeMedia and general manager of the Lifestyle Channels group.