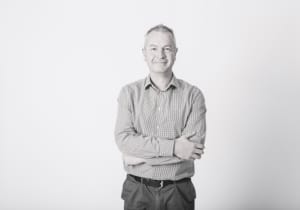 Off the back of a spate of redundancies last year, Dentsu Aegis Network ANZ has now removed another role, following what seems to be an ongoing strategic review.

The job of chief strategy officer and CEO performance and data at Dentsu Aegis Network, held by long-serving employee Matt Crook, has now now been dissolved.

He was in the new role for one year yet had spent more than a decade at the business, in top roles ranging from MD of digital media at Aegis Pacific to CEO of Amplifi and performance for three years.

Crook started at the Mitchell & Partners listed subsidiary and online buying agency emitch back in 2011. The Harold Mitchell founded business was then wrapped into the Dentsu Aegis Network, merger in 2010.

A spokesperson from Dentsu Aegis Network ANZ says: “Following a full strategic review of our roles it has been determined that Matt Crook’s role is no longer required. As a result, his role has been made redundant.

“Matt has been a member of our business for more than a decade, we’d like to take this opportunity to thank Matt for his contribution and wish him every success in the future.”

Crook isn't the first long term employee to exit the network in the last year. In March last year MD of Dentsu Mitchell Adrian Roeling explained to AdNews the business was forced to make several redundancies as it moved to bolster its digital model – as well as further push its multicultural offering. At the time the redundancies impacted 3% of its 150 staff and was said to allow Dentsu Mitchell to staff the business around its new strategy.

Other high profile exits under the Dentsu Aegis Network umbrella included the departure of Vizeum MD Nick Behr; Vizeum CEO Kenny Stewart, who has since moved to OMD, and former MD of Posterscope Joe Copley, who resigned. Behr has since set up his own full-service media agency.