Big Picture: How university marketing is undergoing a revolution 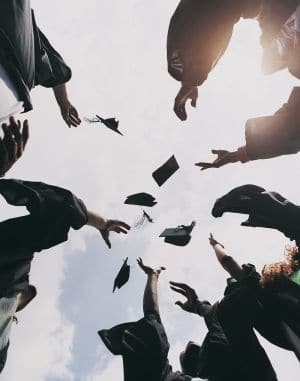 In the 30 October issue of AdNews Magazine journalist Sarah Homewood looks at how university marketing is undergoing a revolution, leading unis to seek new ways to market themselves. She investigates who's just passing, and which tertiary institutions are vying for a high distinction. You can find out below. But if you want it as soon as it goes to press, you better subscribe here.

Jarryd James' anthem pop track Do You Remember opens; a 10-year-old Jay Manley makes modifications to a 3D modelled hard drive. An ad tracks him through an engineering degree, modifying cars, playing with solar panels, and competing in the World Solar Championships.

This ad has visuals and a cutting-edge soundtrack on par with an ad for Apple or Google. But this ad is for Western Sydney University.

University marketing is going through a revolution. With change engulfing all aspects of life and business, some of the country's oldest institutions are in the firing line and there's a groundswell of change.

Over the past 40 years, universities have gone from being institutions attended only by the elite, to being free, to then being funded by a government loan scheme. Late last year, they got the nod from the federal government to set their own fees. The move was recently quashed by the change in Prime Minister.

That's a lot of change in business models for organisations that have traditionally traded on their heritage. There's a lot of pressure on institutions to be on the cutting edge with a constrained commercial model, and many are turning to marketing as the way to innovate their way forwards, attract new students and modernise their reputations.

Angelo Kourtis, who's responsible for strategy, branding and marketing, innovation, and service, and led the Unlimited campaign featuring Jay Manley, says universities have “lost their way” in how they position and market themselves.

“It’s not about promoting buildings and shiny bits of equipment – that’s what universities usually do. These ads have cut-through because they tell the university story in a very different way, a way that people can connect with. In a lot of ways, universities haven’t been doing their products any favours by telling the stories they've been telling,” Kourtis says.

Other universities are on the same journey and now is a pivotal time for uni marketing. The HSC is almost finished and graduating high school students are making decisions about their futures. The kind of ads cropping up now from unis are very different in style to what's come before. They are less transactional, more inspirational.

To make it happen can mean bringing together fragmented marketing budgets that are currently split across several faculties, each with a different message to create a master brand that cuts through the noise and outlines the benefit of the entire institution.

Trinity P3 has worked with the Macquarie University, University of Melbourne, RMIT, and the universities of Monash and Latrobe on overhauling their marketing structures to allow the institutions themselves to overhaul their strategies. Nathan Hodges, general manager of the consultancy, says due to their structures, universities can struggle to come out with a consistent and effective marketing message.

“The marketing structure in universities is decentralised and it's decentralised with a vengeance,” he says. “It's not just in a typical decentralised way, by a business unit, these business units are faculties and these faculties have intellectual property and their own messages that they need to communicate about themselves. It becomes very difficult for anybody in a marketing department in a university to break those silos down with any kind of university-wide application of any of the marketing principals; it's a really a tough thing to do.”

Hodges explained that a few years ago this decentralisation may have been less of an issue, however, due to the potential changes afoot, politics permitting, universities need to find their voices as the sector as a whole sets to experience great change.

“The sector itself is heading for quite radical change and disruption, not just from technology but from changes in the way they can set fees and enter into a much more commercially competitive situation with the other universities in Australia - that's the current challenge.”

John Chatterton was appointed CMO of Macquarie University in July. The former FMCG marketer is tasked with bringing the marketing team together and getting Macquarie's brand story back on track. He admits that the institution's brand has “lost the impact” it should have because its communicators have been fragmented across agencies and activities.

“[We'll be] bringing it together, creating fewer, bigger, better opportunities that impact the whole of the university and generate a greater impact with what is a great range of audiences for the university.”

One of Chatterton's first tasks was to rationalise a roster of more than 80 agencies down to 20 and appoint a lead creative agency to oversee the brand messaging. It handed the brief to 303Lowe after a pitch. His goal is to build a brand positioning based on Macquarie's points of difference, but he recognises that differentiation within educational institutions is difficult.

“We’ve been devising a distinctive master brand looking to engage our audiences in the value of that master brand. That's something we haven’t done in the past. We haven’t been at the cutting edge of digital and social media, so as we move forward with aligning of the roster of agencies and aligning the marketers within the university, we’ll be looking to be far more digitally orientated as a result.”

While the WSU's ads received international attention, they aren’t the only university that can claim to be doing things differently. Australia’s oldest university, the University of Sydney, has also just rolled out a new campaign and its take is centred around inspiration, drawing on high profile alumni such as Victor Chang, Jack Manning Bancroft, Gough Whitlam and Clover Moore.

Justin Drape, chief creative officer and co-founder of The Monkeys, which created the campaign, says the work tried to capture the imagination of young people, showing them what they could achieve with the university.

“It's really bold from the university to convey that and be brave enough to say here are our visionaries, it’s actually had a vision and it's come to fruition and there's a real point of difference there because not many other universities can say that,” he says.

McCann in Melbourne is another agency that recently tackled a university brief for the University of Melbourne. Adrian Mills, agency managing director, says higher education is a category with a very high number of competing brands, each with their own set of challenges, trying to out-position each other with relatively small budgets.

“Functionally, most university brands are looking to drive connection through an inspiring master brand positioning that then cascades down into enrolments and open day and faculty communications, where messages become more transactional," he says.

“The brands are often purpose-driven, so it makes sense that the messages are inspirational. But when every brand has shades of the same strategy, consumers can become apathetic.”

University is one thing, but when you get into the industry, there’s a lifetime of continuous training, education and professional development awaiting. Education is a big topic in adland. It’s a space that is particularly challenged by the tremendous pace of change the industry is undergoing. General Assembly, the IAB and Google, are stepping in to try and plug the skills gap plaguing the industry, however, those in the thick of it still seem to think training is something that needs to be taken seriously by those in advertising.

CEO of digital agency Holler, Mike Hill, believes that training for this industry is “hopelessly out of date”.

“Probably because we can’t work out how our industry is defined anymore,” he says. “What exactly are the skills you need to succeed in advertising these days? I’m not even sure I’m in advertising anymore.”

On the following pages, other tertiary institutions weigh in on what they think and the ways they are tackling education and training, “rather than just trying to shout a bit louder than those other guys and say ‘come and study with us’”.

Western Sydney University’s (WSU) Unlimited campaign created a series of long-form ads that tell the amazing stories of some of its former students.

One ad features the story of Deng Thiak Adut, who was taken from his mother as a six-year-old and marched to Ethiopia where he became a child solider. At 12, he was shot and he managed to get out of Sudan when the UN got him to Sydney.

He taught himself to read at 15 and despite everything he has been through he managed to complete a law degree at WSU.

Speaking of the campaign, WSU marketer Angelo Kourtis, says: “We’ve moved away from the traditional university ads. We decided to launch with 90-second films really telling the university story differently, through the eyes of people who have been transformed.”

The video was viewed 1.5 million times. Kourtis explains that the university bookended the brand, at the beginning and at the end of the spot, but the focus was on the stories.

“That’s where universities need to be. It’s not about ‘Come and do a bachelor of arts or come and do an engineering degree’, it’s about the transformative impact of education, and telling those stories.”

The campaign launched alongside a brand refresh for the uni in August that inverted its name and overhauled the student experience. The exercise cost the university $30 million. However, only 25% of that was spent on above-the-line marketing.

Spotlight on University of Sydney

The ‘Leadership for Good’ campaign uses a plethora of visionary alumni such as Victor Chang, Jack Manning Bancroft, Gough Whitlam and Clover Moore, declaring their vision for good with an image of them in their university days.

Johanna Lowe, head of marketing, commun-ications and engagement at USyd says both the university and its agency, The Monkeys, wanted to be brand- and purpose-led rather than transactionally-led.

“A lot of marketing by universities, in Australia and in the States, is more transactionally led, especially where the marketplace is particularly crowded; it’s very recruitment focused,” she says.

“It’s almost commoditising higher education and that’s something we’ve been very careful about.

“Partaking in higher education is some of the more transformative years of your life and we wanted to really capture that sense. It’s more than just a piece of paper when you walk out the door, it’s actually quite a life-changing experience for many people and that’s why we had a big brand, bold idea that would inspire and excite and engage people."