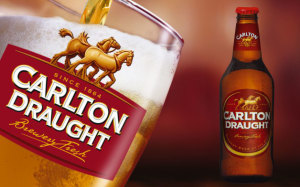 Creative and media agencies have battled their way through a myriad of market twists and turns over the years. From the dawn of the internet and the uprise of social media to the emergence of big tech platforms and the onslaught of consultancies, navigating disruption has become second nature.

One of the most recent shake-ups involves the rise of the in-house agency, with the likes of CommBank, Foxtel and Optus moving bigger slices of the media or creative business closer to home, rather than sitting within their agencies. So when Carlton & United Breweries (CUB) announced it was crafting its own in-house digital agency last month, the ad industry prepared for a blow that would again see dollars that once went towards their bottom line, housed elsewhere.

Despite the bold brand move, Chris Maxwell, director of the CUB’s in-house offering 'Speakeasy', says its agencies still very much play a pivotal role and believes the hybrid in-house/agency model can drive better results for the marketing team.

Maxwell says the formation of Speakeasy only has a small impact on Clemenger Melbourne and its media agency PHD and admits it is a "big risk" for CUB.

“We spoke to our partners and of course some were disappointed to have lost some work and revenue but they could see it was a good move for the business and have been supportive,” he says.

“We haven’t ended any relationships, we transformed them, and still heavily rely on agencies.”

Clemenger has led the launch of campaigns for CUB brands, including the recent Carlton Draught spot that saw the brand return to TV after a five year hiatus.

“I don’t foresee creative agencies and their role in the marketing mix declining. I just think they need to keep evolving the way they are.”

CUB has been a two year journey, following its 2016 acquisition by AB InBev, to digital transform the brands and create more efficiency within the business. The acquistion saw CUB review its global media arrangements last year, moving from MediaCom to PHD.

At the time, controversy surrounded the move as MediaCom claimed it walked away from the account as it was no longer profitable.

The rise of the in-house model

CUB isn't the only only business exploring the in-house model with Optus launching its Yes Agency earlier this year, and global brands like Pepsi and Unilever have been bulking up their internal capabilities.

Drawing inspiration from AB InBev’s in-house model, where the business experienced gains in efficiency and fee reductions, Maxwell says the move enables CUB to be more flexible in its communications with consumers and cut down processes that were slowing down the business.

“The way we were previously handling things had added layers of complexity and fragmentation and we had varying levels of capability externally and not a huge amount of digital capability internally,” he says, adding the business knew it had to catch up.

“It’s a little too early to say mission accomplished but the early stage of the work has been good and we are pleased with the people we’ve attracted,” Maxwell says.

A year ago CUB took its programmatic in-house, led by former MediaCom Melbourne exec Annalise Booker, which Maxwell says has led to a 30% rise in programmatic effectiveness due to frequency capping.

“The market thinks this move is about cost-cutting, but actually it’s less about that and more about getting your own business closer to what you’re buying and managing and delivering more for your money,” he says.

CUB is still looking to fill eight roles for the Speakeasy team, which is being led by Chris Pang who joined a year ago.