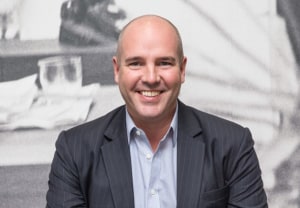 In a strongly-worded statement shared with AdNews, Horgan accused the leading marketing professor of being duped by the GroupM agency and that his column in The Australian had smeared the reputation of PHD after one of its most impressive pitch wins in the past year.

“Most agency bosses will have had to explain losses to our staff,” Horgan began. “Unsustainable fees, bad chemistry, misunderstood, or picking the wrong suit, it doesn’t really matter. If that explanation finds its way into the press, it normally gets passed off as sour grapes.

“In this instance we have a high profile commentator being duped and making a cause over pure fee speculation and a subsequent smear on a reputable and successful agency in PHD. It’s a disgrace."

He continues: “It’s disappointing journalism when Ritson exploits a losing agency’s lament to create sensational and ill-informed blanket assertions of our industry.

“As an agency group that has a reputation for strong strategic service and sustainable practices, PHD won the business on healthy terms that are engineered for a long-term relationship.”

“I can confirm our decision to go with PHD was based on their outstanding people, strategic thinking, planning tools and processes. We are looking forward to building a strong partnership,” Oppy said.

Ritson's column speculated on why MediaCom walked away from CUB after 17 years, suggesting commission rate erosion, often driven by procurement, had gotten out of hand in recent times and was unsustainable for the industry.

“While PHD deserve congratulations for picking up one of the largest advertisers in Australia, it would be unfair to portray MediaCom as having “lost” the account,” Ritson wrote.

“As Mark Lollback, CEO of GroupM ANZ — the company that owns MediaCom noted last week — it was his decision to walk away from a new CUB contract that sparked the change."

In his piece, Ritson caveats that he is unaware of the terms of the CUB contract, but that it was “highly unlikely the client would have been happy with anything other than a sub-1 per cent commission figure — nobody is any more”.

The email suggested MediaCom had been in the box seat to retain the business but CUB would only extend the contract at “a fee that would see us lose significant money”.

“Two things happen when we lose money on a client; it inhibits our ability to compensate and reward you for what you do and means that we have to make up the loss on that client with the fees we make from other clients,” the email stated.

AdNews is not aware of the commercial terms CUB negotiated with PHD, MediaCom or any other agencies involved in the pitch process.

There is no reason to believe PHD won the account for reasons other than merit.

Allegations of agencies winning media pitches by undercutting rivals are nothing new and rarely get aired in the press for fear of sounding like sour grapes.

It also commoditises media and devalues the role agencies can play to drive effective media strategies and business growth.

Ritson, the AANA and Omnicom Media Group have led the call for sustainable practices on both sides.