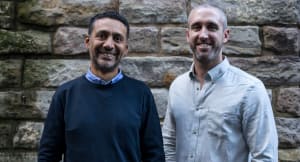 In a Havas/DDB creative swap, Melder joins from DDB Sydney where he was creative director. Turner left Havas to join DDB Melbourne.

The move reunites Melder and Higgins who first worked together more than 10 years ago in London.

Melder has worked for more than 20 years as a creative and copywriter in London and Australia. He has worked at Saatchi & Saatchi, Iris and was on of the creatives behind the 'Game of Balls' campaign during his two year tenure at M&C Saatchi.

“Since taking the reins with Stu over a year ago, it’s been great fun getting the creative fires burning at Havas again," Higgins says.

"I thank him personally for all of his passion and I know he’ll kill it in Melbourne. Now it’s all about increasing that momentum. Our goal is to make our clients and ourselves famous around the world for truly innovative thinking, and I am incredibly excited to work with someone as dynamic and hungry as Ant to continue on that mission."

Havas has been on the acquisition trail this year, snapping up New Zealand creative shop Mr Smith and a shopper marketing agency.

Melder says a chance to join the Havas Village team, which just celebrated its second birthday, was "irresistable".

“It was a bittersweet decision to leave a brilliant agency that’s absolutely on fire, but I simply couldn’t turn this down. I’m passionate about the intersection of creativity, technology and culture and that’s exactly where Havas are playing," Melder says.

"It’s one of the most forward-thinking innovative agencies in the region, so the opportunity to be an integral part of it, working with Seamus and the wider Havas Village team, was irresistible," he says.

The creative merry-go-round has been working at full speed this year, with Paul Nagy and Ben Coulson the first pair of creatives to swap positions. After 10 years at Clemenger, Nagy joined Y&R, and Coulson took up post at Clemenger.