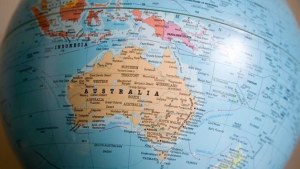 A total of 10% of the company's workforce has been cut globally with 175 jobs axed, but the company did not initially reveal which markets would be impacted. AdNews soon unearthed that the decision does impact teams in Australia, Singapore and Japan.

The Australian team of seven, led by comScore's vice president of Australia and New Zealand Lachlan Brahe, have been made redundant. This includes new recruit and former Innovid country manager Adam Natiq, who just joined comScore as its national head of sales in July.

It's thought staff were told the shock news yesterday (7 December) with employees and clients being in the dark as to how this will impact current business relationships. Clients will likely continue to be served through its APAC headquarters in Singapore.

ComScore has two offices in Australia, listed as Elizabeth Street in central Sydney, as well as a St Leonards hub.

Despite the redundancies, and sources telling AdNews that staff working and selling specifically on the local market are no more, it's thought a couple of 'APAC staff remain'.

In a report seen by AdNews released on December 6, comScore stated: it is “implementing a reduction in force plan that is expected to result in the termination of approximately 10% of the company’s workforce, or approximately 175 employees.

“The reduction in force is being implemented following management’s determination to reduce its staffing levels and exit certain geographic regions, in order to enable the company to decrease its global costs and more effectively align resources to business priorities.

In connection with this reduction in force, it says it will incur certain exit-related costs, which are expected to range between $10 million and $12 million, consisting primarily of one-time termination benefits and associated costs, to be settled in cash.

Interactive Advertising Bureau (IAB) director of research Gai Le Roy told AdNews that comScore's departure from this market was sad but most of its services could be managed abroad.

Where the verification firm could have difficulties is managing client relations and services that require a deeper level of knowledge unique to this market.

ComScore isn't the only firm that has decided to wind back operations. AdRoll has also decided to cull its Australian team bar a few operational staff - as revealed by AdNews. See: AdRoll Australia leadership culled in shock global move.

Le Roy believes the pull out is part of a broader trend beyond ad tech, where global companies are winding back Australian-based resources.

“We we are committed to ensuring our customers continue to receive the innovative content, advertising and activation measurement services they have come to expect from comScore,” he said.

While the Australian -focused team were let go this week, Hodgman said comScore is continuing to provide services in Australia and New Zealand and is committed to ensuring customers continue to receive what they have come to expect from comScore.

“ComScore has announced we are implementing a reduction in workforce across our business so that we can flatten our organisation, speed-up innovation and better align our business to our customers’ needs,” Hodgman said.