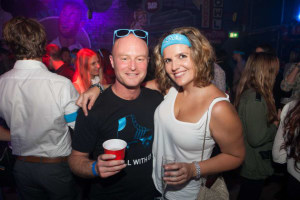 In an unexpected move from its global HQ, more than 20 staff across AdRoll APAC have been made redundant, AdNews can reveal.

The move sees the AdRoll Australia team shrink from 28 to seven with its well-respected vice president and MD APAC Ben Sharp exiting – as well as its Sydney-based JAPAC marketing director Cat Prestipino.

AdNews understands that just seven junior sales development employees remain at the company's offices in The Rocks and that the news has come “suddenly” and was not dealt with in as formal a manner as expected.

It's thought the new incoming global CEO Toby Gabriner, who joined last month to kickstart the 'new era' of AdRoll, is behind the move and may even be priming the company for a sale.

At the time Gabriner joined founder Aaron Bell said: “We’ve got big plans in store for 2018, which will prove to be a transformational year."

Famed for its upbeat culture and industry parties, including its annual Christmas party on The Island in Sydney Harbour, AdNews understands that the last day for many will be December 6 - the day before its own Christmas party. Despite the slashing of staff it's thought the bash will carry on, with possibly only the current employees - given many clients, partners and media have already been invited.

Gabriner tells AdNews the restructuring directly impacts 5% of AdRoll’s employees, specifically across its APAC offices in their sales, marketing and account management teams.

“When we met as an executive team to chart our course for 2018, we developed an operational plan to focus our team on our bold new vision. It meant making some tough decisions to reduce investment in areas not aligned with that vision so that we can accelerate investment in areas that are. Today we are saying goodbye to some talented people who have played an important role in our success to date,” Gabriner said.

“As a team-first business, we don’t take these decisions lightly. We saw record revenue in 2017, and setting ourselves up for success in the long-run requires focus and realignment across our teams.

“We're very grateful to the impacted individuals for their contributions in helping us achieve our goals, including profitability, this year.”

AdRoll said it is continuing to support the APAC markets and its customers with “on-the-ground teams”.

“Additionally, we have goals to grow our sales team globally, aligned with our vision, as well as our R&D team by 25% year-over-year as we double down on technological innovations that give our customers the best products they need to grow,” Gabriner said.

Both Sharpy and Prestipino are well known in the ad tech circuit for speaking at events and also helping to educate the industry. Just last week the Sydney AdTech Meetup was hosted at the AdRoll office. See: Agencies need to fix the chink in the programmatic chain.