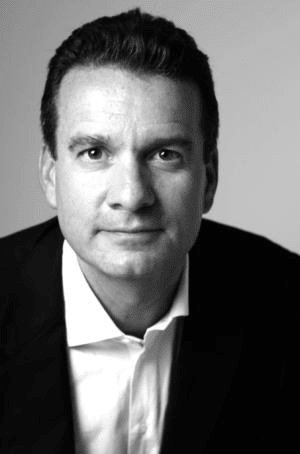 The Melbourne-based firm has focused on capturing emerging markets such as the Middle East and Africa, and has secured a strong foothold in Southeast Asia, and is now set to launch its Enable media planning dashboard in Australia next month, which contains more than two hundred demographic and psychographic data points.

“We will challenge Nielsen and ComScore with our Enable product,” said Effective Measure global CEO Richard Webb. “We have strong global agency relationships and they are now spilling into this market.”

The Enable service aims to provide advertisers and agencies with detailed insights into target audiences, and plan and measure the impact of online campaigns.

Sharp is also the co-founder of Allure Media, which publishes seven websites including technology news services Gizmodo and Lifehacker.

He will formally start his post in two months. Current Australia and New Zealand CEO Michael Robertson has been promoted to global director of products.

Webb is a veteran of the online audience measurement market, having served as CEO of measurement firm Red Sheriff for five years from 1999, and then working as President of Nielsen in Latin America and Asia Pacific for one year.

Webb said Effective Measure will complement the existing providers in the market, though its likely to usher in a new period of competition in the ad measurement space. In March, ComScore launched its Ad Metrix in Australia, promising to offer advertisers, agencies and publishers insight into the performance of online display and socially-enabled ads. Meanwhile, Nielsen is the preferred suppler of online audience measurement services to industry body IAB Australia.

Webb said that Effective Measure has the advantage of coming late to the market, allowing them to create a “single version of the truth” for publishers, ad networks, advertisers, ad agencies and consultants. He claimed its competitive advantage was the placement of all their data into one bucket, rather than providing clients with different data across multiple products.

“It's hard for advertisers, with the current disparate offerings in the market, to target specialist audiences,” Webb said. “We can segment down to an individual video stream and help advertisers reach the audience that has a propensity to buy their product.”

As data becomes the key for advertisers, Webb said Effective Measure wanted to be positioned as a provider of quality data.

“I think big data scares people and we are about making it easy to digest,” Webb said.