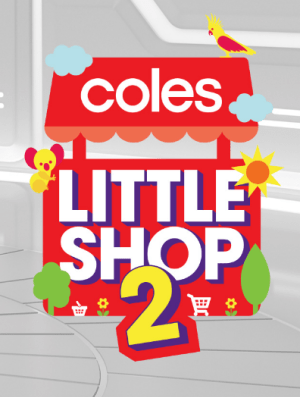 Coles has defended the second round of its highly successful Little Shop promotion as some criticise the supermarket giant for plastic-waste and call for a boycott.

The highly-popular collectibles range returned this week after the first push last year boosted Coles’ sales. The craze over the mini items resulted in some being sold on eBay for $500.

However, there’s been a backlash to the second campaign over concerns it adds to plastic waste.

A Change.org petition, which currently has more than 28,000 signatures, highlighted the irony of Coles releasing the range during Plastic Free July and is calling on people to boycott the store.

“This is when most people are doing their best to bring their own bags, choosing less packaging on their food and saying no to straws,” Sara Coates says in launching the petition.

“Here you are handing out plastic junk that will end in landfill or in our oceans.

“This is a slap-in-the-face for all people who care about the future of our planet.”

However, Coles says the range was brought back after huge demand. It’s own research shows that while the items themselves can’t be recycled, the wrapping can be returned to its stores.

“Rather than throwing them out, our customer research shows that of the customers who collected minis last year, 94% have either kept them or given them to family or friends who were collecting,” a Coles spokesperson says.

“The campaign only runs for a limited time and customers who choose to collect them are able to recycle the wrappers at their nearest Coles through our in-store RedCycle program. For Coles online deliveries, mini collectable packaging can be returned to the driver, and recycled through the RedCycle program - one of the largest retailer-operated recycling programs of its type in Australia.

“As part of our commitment to better environmental outcomes, RedCycle allows customers to recycle soft plastics in provided bins at their nearest Coles store to be repurposed into outdoor furniture for pre-schools and primary schools.”

Environmental activists Peter Hellier and Jamie Lepre are also calling for a boycott of Coles and the products associated with the promotion.

“The hypocrisy of Coles is outrageous, it started off Plastic Free July by boasting it had diverted 1.7 billion single-use plastic bags from landfill over the past 12 months, with its data claiming seven in 10 of its consumers now remember to bring a reusable bag when they shop,” Hellier says.

“Now during the exact same month, they are teaching children dangerous lessons on collecting pointless plastic crap and consumerism thanks to Coles’ Little Shop of Horrors.”

Lepre says that after reports of Little Shop items being washed up on beaches in Bali, Coles should halt the single-use plastic items.

Lepre and Hellier are also calling for people to not participate in Woolworths’ Lion King Ooshies, also released this week.

The plastic toy promotions from Coles and Woolworths comes as brands are increasingly using environmentally friendly messages in their marketing campaigns as consumers grow more aware of climate concerns. However, some are pushing back against this trend, saying it’s resulted in ‘greenwashing’.