A bad dose of woke-washing is infecting advertising 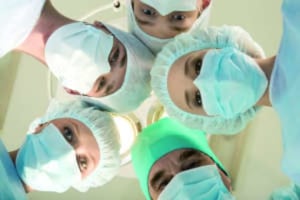 The term is similar to green washing of the 1980s when brands leveraged the environmental movement to connect with customers. Suddenly everyone was green or positioned themselves as environmentally sound.

Unilever's Jope took a stand on the issue during several interviews at the Cannes Lions.

"It’s putting in peril the very thing which offers us the opportunity to help tackle many of the world’s issues and, in doing so, to build our brands.

"What’s more, it threatens to further destroy trust in our industry, when it’s already in short supply. Marketing has a titanic trust problem."

RMIT researcher Amanda Spry says it's significant the CEO of Unilver is now talking about woke-washing.

Spry, a lecturer in marketing at RMIT, and a group of academics here and in New Zealand are researching the good and the bad of companies being activists and taking a stand on social issues.

"Of course, there's a positive side, too," she told AdNews. "Companies can do well if they wake up and run with a credible and authentic campaign.

"As long as they're not woke-washing and they're actually engaging in authentic brand activism, as we call it, that's certainly a positive thing.

"And previously, brands have really tried to stay neutral and they've not seen themselves having a role to play in that social and political space. But now consumers want it. They respond well when it is done authentically."

Unilever, one of the world's biggest advertisers, knows this.

"At Unilever, our purpose is to make sustainable living commonplace," says Jope.

"We know we’ll be a better, more successful industry by following this path. Citizens are taking to the streets or social media to praise good corporate behaviour and punish bad."

Jope says the best talent is going to work for companies making a positive contribution. Investors, NGOs, media and many others are holding companies to account, recognising that a healthy business requires a healthy world.

He told the advertising industry at Cannes: "Please don’t damage our industry by accepting briefs for brands which don’t walk the talk on purpose. Let’s hold each other to account. If there’s no substance behind what a brand has to say, walk away."

Pointing a finger at a brand for woke-washing is difficult because it requires deep analysis of a company's policies and actions.

But brands are under increasing scrutiny, and their motives are being questioned, when they launch corporate social activism.

Nike last month had to change policy on its sponsorship deals after a public backlash because it stopped paying during maternity leave for some of its athletes.

In Australia, many companies took a stand on marriage equlity when there was a poll to introduce same sex marriage.

The equality campaign was backed by more than 800 companies including Qantas, Westpac and the Commonwealth Bank.