Coke Zero firmly ditched as Aussies back No Sugar variant 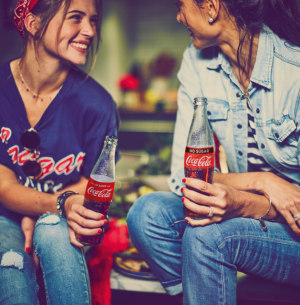 Coca-Cola Australia will completely phase out Coke Zero, following the successful launch of its No Sugar product, beginning from 1 August.

The company said it would axe the Coke Zero brand last year, replacing it with the 'no-sugar' variant that Coke says tastes even more like original Coke.

The decision was made to retire the Zero brand because consumers didn't understand that it contained no sugar.

Coke Zero was launched globally more than 10 years ago with multimillion-dollar marketing investment.

Despite the slow exit of the brand from the Australian market, with many consumers clinging to Zero, Coca-Cola Australia marketing director Lucie Austin says Australians had "overwhelmingly" said 'goodbye' to the brand and ‘hello' No Sugar.

“We said that we would let people decide and we are pleased to say the results are in – Australians have decided that Coke No Sugar is it,” Austin says.

“It is no surprise that people are preferring it over Coke Zero – just as we have seen where we have launched this new recipe around the world.”

Austin added that No Sugar had eclipsed expectations since its launch Australia in June last year, with close to 3.5 million customers purchasing the product.

The phase-out of Coke Zero, which is already well underway, will continue throughout August and is due to be complete by September.

“Not only did we want it to taste more like Coke, we wanted the experience of drinking Coke No Sugar to be as close as possible to the refreshment of ‘The Real Thing’. We think it’s the closest we have ever come to the taste of classic Coca-Cola.”

It was dubbed 'bloke Coke' as a low sugar offering that would appeal to men, as Diet Coke was so heavily skewed towards women.

Austin returned to the company  to run marketing, following the departure of Lisa Winn earlier this year.

Austin was the marketer behind the hugely successful Share a Coke initiative that originated in Australia before going global.

The launch of No Sugar is part of Coca-Cola’s commitment to reducing sugar, with the company recently signing up to an industry-wide pledge to reduce sugar by 20% across its portfolio of sales by 2025.