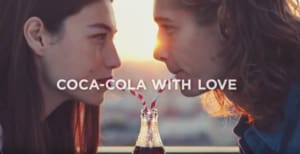 A month ago in Paris, Coca-Cola made a global announcement revealing a new campaign, brand tagline and marketing strategy that would change the way its brands are marketed the world over. It was the biggest wholesale shift in Coca-Cola’s strategy in decades. Two weeks later, global CMO Marcos de Quinto launched it to the APAC region in Hong Kong. Rosie Baker went along for the ride.

Officially, there are only two countries in the world that don’t sell Coca-Cola. Cuba and North Korea. But Coca-Cola’s global CMO Marcos de Quinto knows that it’s easy to buy the brand in Cuba, and he’s pretty sure that Kim Jong-un drinks Coke too. Even the Queen of England likes a Coke, he claimed. It’s “for everyone” and that is what makes the brand “special”.

It’s also what underpins the ‘One Brand’ strategy that will see Coca-Cola, Coke Zero, Coke Life and Diet Coke brought under one brand and marketing strategy for the first time. Alongside the launch, de Quinto made some bold admissions about where Coca-Cola has gone wrong in recent years.

By creating a new brand personality for each Coke variant when it launched and differentiating the positioning, Coca-Cola was undermining its core brand promise – that it’s for everyone.

“We started to exclude people. People had to abandon Coca-Cola if they wanted to drink Coke Zero. But big brands don’t create sub-brands – they create variants. They’re all Coca-Cola. There is one brand, one identity” he said.

De Quinto, who took on the global CMO role a year ago replacing Joe Tripodi after seven years, is demanding. He wanted to get a strategy in front of the board within seven months and into the market within nine – for an organisation the size and scale of Coke – that’s a tall order, but it got done.

In January Coca-Cola launched ‘Taste the Feeling’ with 10 ads, more than 100 images that will appear in digital, retail and print, a new audio signature, a visual ‘lock-up’, new packaging and a digital GIF-sharing platform.

To call ‘Taste the Feeling’ an advertising campaign overlooks the massive brand and marketing strategy that has been put in place behind it.

While de Quinto and Rodolfo Echeverria, vice president of global creative, connections and digital, are behind the marketing and branding, they see themselves as businessmen, and they see the ‘One Brand’ strategy as a business strategy, not just marketing.

“We think business, but act marketing,” de Quinto told AdNews, adding that the strategy has been built not just to solve the challenges that Coca-Cola is facing in the coming quarter, but for the next decade. And Coke is no stranger to challenges. The brand has been fighting the health lobby over the consumption of sugar, a lack of interest from younger consumers, falling volume sales and flat growth. The success of the ‘One Brand’ strategy will be measured not in quarterly sales figures of each variant but in overall growth, revenue, volume sales and brand penetration over the coming years.

In the APAC presentation, de Quinto made a point of addressing Coca-Cola’s fall from the top spot in InterBrand’s annual Best Global Brands list which it topped for 15 years until Apple knocked it off its perch in 2012. Would de Quinto like to see Coke return to the top? Of course, but he told AdNews he’s “not obsessed with it”.

Behind the strategy, is de Quinto’s desire to bring back the fundamentals of what Coke is, and what it stands for. He talks abut being “humble” as a brand and realising that Coke is just a drink “not the cure to the world’s diseases” or “there to change the world”.

“In the last few years we skewed too much to values and not enough on the drink,” he said. That perspective flies in the face of some of the pinnacle moments in Coke’s legacy. In 1971 with ‘Hilltop’, Coke stood against the Vietnam War and urged the world to sing in perfect harmony. And in 2013, the ‘Small World Machines’ attempted to dissipate decades of political and religious tensions between India and Pakistan through a vending machine that connected people in each country.

So, is Coke turning its back on those big social movements just to sell more cans of the real thing? Not quite.

“Brands can change the world … they need to have a point of view. I think that’s important and Coke has done that and has done exceptional things, but we were forgetting to sell ourselves. Hilltop was a moment in the Vietnam war and we were sending a message. We used to say that to show your point of view on one in every 10 ad campaigns was good, but not in 10 out of 10. That’s what we’re trying to come back to,” he explained.

Coke gets a lot of love for its ads, from both consumers and the creative community, but ‘Taste the Feeling’ ads that launched this month are the first in a long time de Quinto claims that have made people actually want to drink a Coke – and that’s the aim. Echeverria added that what Coke is doing with its new positioning is both emotional messaging and product messaging.

The slowdown in Coca-Cola sales in recent years has widely been put down to the brand losing relevance to its core youth market, as well as a trend towards health. The ‘Coloured Cans’ campaign launched by Coke and UM in Australia last year was specifically developed to target a teen audience to rebuild the brand’s relevance. For the first time the brand eschewed a big TV campaign and launched its first summer campaign without a TV component.

While ‘Taste the Feeling’ has a strong TV element with a series of more than 10-, 30- and 60-second films being created, the rhetoric Echeverria uses around the creative approach and the art direction is about appealing to the “Instagram generation” and capturing those moments that are being shared on social networks. He calls the creative direction “Norman Rockwell meets Instagram”.

“It’s down to earth and real, and Coke plays a part in those moments. Instagram was an inspiration for how we developed our content. The imagery is down to earth, unpretentious and real. People are taking a selfie and sharing it instantly, that’s what we did with the pictures. We didn’t spend more than one minute on any of them and believe it or not there is very little post-production,” Echeverria said.

“Global relevance is a local matter”

A global brand positioning always runs the risk of becoming too bland to be effective in all markets. The age-old difficulty of trying to be all things to all people and ending up meaning nothing is a very real danger. But it’s not one that de Quinto is concerned with.

Already, he said, the ads that have launched in various test markets are over-indexing on every other global campaign Coke has run previously. Both de Quinto and Echeverria have come from ‘the field’ as they call it, previously running regions. De Quinto ran the Iberia region of Spain and Portugal while Echeverria headed up the Latin American business.
Their former stomping grounds are part of the reason they are so “respectful” of how the global framework will be rolled out in each market.

It’s the first time that Coke has tested global creative to this level and over the course of the last six months it has been testing elements of the strategy in different markets. Packaging that put Diet Coke, Coke Zero and Coke Life all in red cans with minor colour differentiation was trialled in Spain and was found to accelerate the switch to lighter variants. A tagline ‘Choose Happiness’ that aligned the new one brand movement with the choice on offer in the portfolio but didn’t talk about product overtly was tested in the UK. It wasn’t kept.

Australia has long been a hot bed of creativity for Coca-Cola globally with ideas such as ‘Share a Coke’ and ‘Coloured Cans’ starting here rolled out globally (Share a Coke with its personalised named cans is now running in 80 countries). It’s been suggested that local creativity will be stifled by toeing the line to a prescriptive global concept. De Quinto doesn’t believe so.

“Every country will continue to have its own ideas and promotions. At the local level is where you find the problems in the trenches and that’s where the solutions come from,” he said.

“The global campaign won’t necessarily cover all the needs [of a local market] so the local team will be able to do their own work and on some occasions that will also play a part in other global markets. What we are trying to avoid is every market shooting off in different directions because after many years of being diverse, the Coca-Cola brand needs a little globality.”

The way that each market localises the campaign to resonate with local consumers will play out in the media strategy and Echeverria said that while the global creative concept will control a lot of aspects of how the brand communicates “it won’t dictate the media strategy”.

Coke has also pledged it will continue to up its investment in marketing and media at both a global and a local level in Australia.

The strategy will obviously impact Coca-Cola’s teams globally, while in Australia teams re-aligned into a ‘One Brand’ model last year.

“The basic principle is that a global brand needs a global voice and we follow the old idea that structure follows strategy, not the other way round,” Echeverria said.

AdNews travelled to Hong Kong as a guest of Coca-Cola.